09:05  Reasons for the sectarian fracturing of Iraq

As Sunni Islamist insurgents push towards Baghdad, we take a closer look at the violent sectarian fracturing of Iraq - and how the world should respond. Sami Rasouli, the director and founder of the Iraqi peacemaking NGO Muslim Peacemaker teams, who's on the ground in Najaf, about 160 kilometres from Baghdad. Sami Ramadani is a senior lecturer in sociology at London Metropolitan University, who was a political refugee from Saddam Hussein's regime.

09:30 The US push for a global strategy to save the world's oceans

The US Secretary of State John Kerry wants a global strategy to save the world's oceans from over-fishing, climate change and pollution. A two day summit in Washington DC is just wrapping up. The director of the US State Department's Office of Oceans and Polar Affairs, Evan Bloom, explains what the summit has achieved.

Reports on Prime Minister Tony Abbott considering joining the U.S. in any operation in lraq.

Pat Feenan - Author of Holy Hell - details her son's sexual abuse by Catholic priest in New South Wales, and her fight for justice for him - which helped lead to Australia's Royal Commission into Child Sex Abuse which is half way through its 3 year inquiry.

For seven years, Father James Fletcher groomed and then inflicted violent sexual abuse on their son…..when Pat and her husband John learned the truth of what had happened, they helped Daniel find the courage to report Fletcher to the police. Fletcher was prosecuted, convicted and died in prison.

10:35 Book review: Written in My Own Heart's Blood by Diana Gabaldon

A love triangle and mid-relationship disappointments precipitate a violent split between long-term friends Peter and Ralph. (Part 12 of 12).

Jimmy Scott was truly a unique vocalist. Born with a condition known as Kallmann’s Syndrome, which kept him from experiencing puberty, Little Jimmy Scott (as he was known early in his career) had a voice unlike anyone else… high-pitched and full of feeling.

Andrew Scott Howman looks at employees being dismissed for airing opinions contrary to their employers'.

Links:
Wunderruma at The Dowse 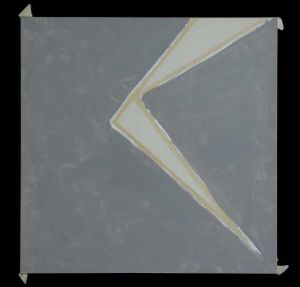 Artist: The Last Puppet Shadows
Song: Standing Next to Me
Composer: Turner/King
Album: The Age of the Understatement
Label: Domino
Time: 9:34