09:20 The Boko Haram abduction: Why did Nigerian authorities fail to act despite warnings?

Amnesty International's Nigeria researcher, Makmid Kamara – who has interviewed  witnesses, local authorities, politicains and military officials following the Boko Haram attack in Chibok, and revealed that the government and military were warned ahead of the attack but did not act.

Dame Ann reports on the death of a young cancer patient who raised millions for charity.

Scottish author Irvine Welsh is known for his grimy dialogue and raw depiction of the darker side of life. His first novel, Trainspotting was made into a critically-acclaimed film. He is a guest at the Auckland Writers festival, where he'll be discussing his latest book The Sex Lives of Siamese Twins, which he describes as swampy Floridian lesbian noir, and the challenges of adapting the page to the big screen.

A nurse looks after a returned soldier whose head injury has reduced him to an animal-like state with no memory. (Part 4 of 10).

British comic book creators and graphic novelists the Etherington Brothers on appealing to children who are reluctant to read. 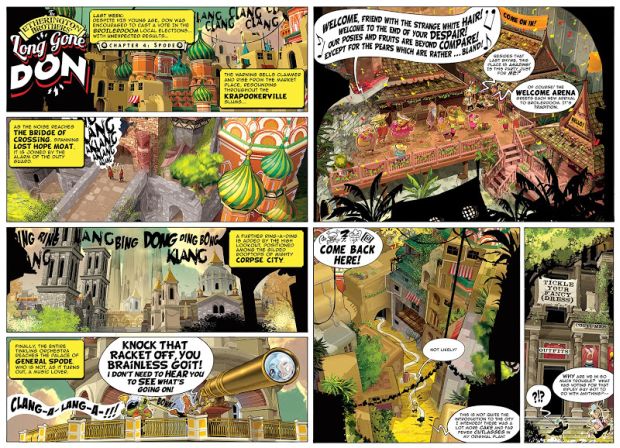