Concerns that Agresearch will continue lose vital scientific minds as it pushes ahead with a major relocation of staff to two large hubs, despite stiff opposition from scientists and farmers.

Former Minister of Science under Labour, who is now fighting the Agresearch restructure plans.

Carlos Arturo Camargo Jr., MD, DrPH, is an attending physician in the Massachusetts General Hospital Department of Emergency Medicine. He is also a professor of medicine and epidemiology at Harvard Medical School. He has recently been appointed the new chair of the Expert Scientific Advisory Group for the Growing Up in New Zealand (GUiNZ) longitudinal study.

The UN's Disarmanent head, who lead the difficult and tense negotiations on the ground in Syria over the country's use of chemical weapons.

A satirical take on contemporary New Zealand society and politics. About love and relationships, power and the past, it's loaded too with spin; political, social, and literary. (Part 6 of 12)

Aaron Brunet won Masterchef in 2013, and has just released his first cookbook Cook With Me.

He shares a recipe for Hot Plate Pizza

Explores Santa Cruz Island, one of the eight Channel Islands (not to be confused with Santa Cruz, the city in California). 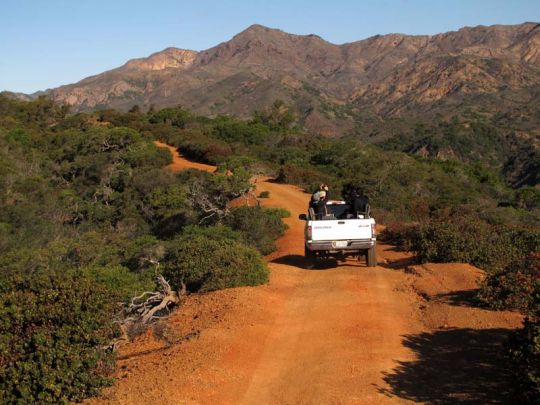 11:50
Michael Kiwanuka
You've Got Nothing to Lose
By Kiwanuka