09:05 What is the most likely fate of the missing Malaysian Airlines plane?

Todd Curtis is a former safety engineer with Boeing who worked on its 777 wide-body jets, he is now director of the Airsafe.com Foundation.

A group representing thousands of people with incurable eye disorders say there is urgent need for more rehabilitation and other assistance. Author Lynley Hood who was diagnosed with a rare retina disorder four years ago which has severely affected her life and independence; and Gordon Sanderson, an opthalmologist at Otago University who specialises in rehabilitation of the visually impaired. http://www.visualimpairment.org.nz/

Ministry of Education and the NZ Qualifications Authority announce more students with learning problems will be able to access exam help.

Adisa Banjoko is a hip hop scholar, youth worker, martial arts practitioner, and the founder of the Hip Hop Chess Federation which teaches young people the skills - and the shared philosophies - of hip hop and chess - though the principles of unity, diversity and non-violence.

Listen to the Hip Hop Chess Federation's Street Games Vol. 1 mixtape, which has examples of the hip hop/chess fusion. 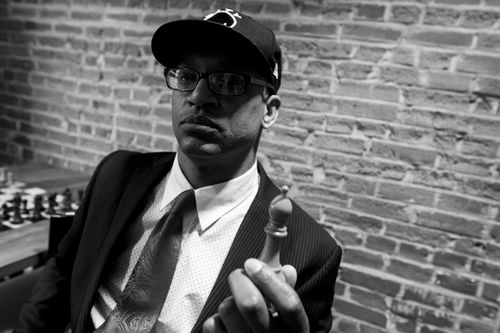 10:45 The Reading: 'Teetering Towards Te Aro' by Timothy Greig Nees

Set in Te Aro and peopled with the 'low lives', poets and bullshit artists who frequent the bars and dives of central Wellington. (Part 1 of 5)

Chef Antonio Cacace came to New Zealand twentyone years ago from Italy's Amalfi Coast, where his father owned a hotel and was a well-known chef. A love of authentic Italian food and cooking led to Antonio beginning to import products to New Zealand in 1996, and to open his restaurant, La Bella Italia in Petone, in 2000. Today he brings recipes for Tonno ai funghi secchi (tuna steak with dried porcini); Cannelloni di Ricotta e Spinaci (Cannelloni with Ricotta and Spinach); and Risotto Gorgonzola dolce pere e noci (sweet gorgonzola cheese, pear and walnut risotto).

LInks:
Walk this way: pedestrian road safety must be stepped up worldwide, The Guardian
A Pedestrian Is Killed in a Traffic Crash in the U.S. Every 2 Hours, TheAtlanticCities.com
Can cyclists and pedestrians share the road? The Guardian
Now These Could Be Useful: Pedestrian Penalty Cards, The Atlantic Cities