09:25 How to use Gen-Y volunteers after disasters

Waikato University student Sarah Lockwood hopes her research into how young people helped clean up Bay of Plenty beaches after the Rena oil spill, will help local authorities to better use Gen-Y volunteers after future disasters.

The Sunday Assembly is a 'godless church' claiming a 3,000% growth rate. Kate Murray organises the Melbourne branch - the first one to be set up outside the UK. Branches in Perth, Adelaide, Sydney and Brisbane are also set to open, bringing the total to over 30 cities worldwide.

Acclaimed Australian author Tim Winton has twice been shortlisted for the Man Booker Prize for The Riders and Dirt Music. His book of short stories The Turning has been made into a film which is about to be released in New Zealand cinemas. He talks about writing, his love of western Australia, and his latest novel Eyrie – the story of Tom Keely, who is divorced, unemployed and living in a seedy flat at the top of a Fremantle high-rise block. 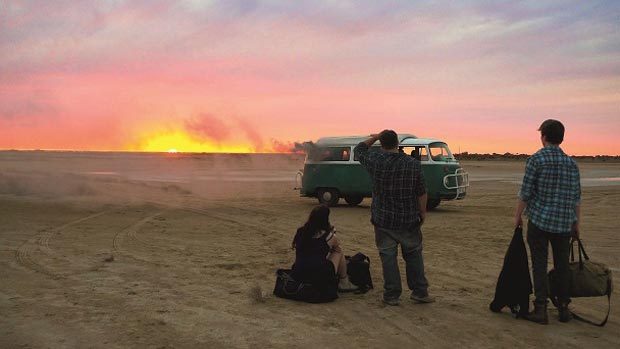 The Goldfinch by Donna Tartt
Published by Little, Brown

Returning to the place where a life changing decision was made, Maura reflects on her choice and the chances it's brought.

Artist: Drake
Song: Started From the Bottom/Hold On, We're Going Home
Composer: A. Graham/N.Shebib
Album: Nothing Was the Same
Label: Universal Republic

11:45 The Week That Was with Radar and Irene Pink

Noah and the Whale: 'Waiting For My Chance To Come'
from their 2011 album Last Night On Earth

The Pixies: 'Here Comes Your Man'
from their 1989 album Doolittle