Kristinn Hrafnsson is a spokesperson for Wikileaks, which has assisted former US spy agency contractor Edward Snowden. The White House wants Mr Snowden sent back to the US to face trial for leaking details of government surveillance programmes.

09:20 Is an obsession with health and safety taking the fun out of playgrounds?

Blair Dalgliesh from Playrope – a playground equipment supplier and installer which works with councils on playgrounds and their design; and Michael Follett, the UK-based founder of Outdoor Play and Learning.

In its 56th year, the exhibition is the result of a worldwide annual contest in press photography that aims to recognise outstanding visual storytelling. Curator Tessa Hetharia talks about the significance of the exhibition. 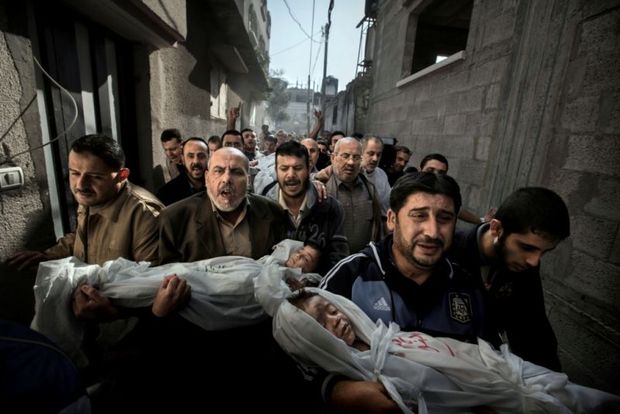 World Press Photo of the Year 2012. Paul Hansen, Sweden, Dagens Nyheter. 20 November 2012, Gaza City, Palestinian Territories. The bodies of two-year-old Suhaib Hijazi and his elder brother Muhammad, almost four, are carried by their uncles to a mosque for their funeral, in Gaza City.

The Tongan Methodists riot; the difficult side of Chinese aid to the Pacific; Fiji sugar workers vote to strike; and Solomon Islands logging in trouble.

Dunedin artist and sculptor Scott Eady discusses his latest work which explores his own family history by recreating the iconic Queen Street music store Lewis Eady, complete with sweeping staircase and massive chandelier. The work, entitled '162 Queen Street' is being exhibited as part of the Auckland Art Fair, which begins on 7 August.

The original chandelier from the store and the replica Scott has made for his installation.

New music from Bombino and the Caribbean.

11:45 The Week that Was with Te Radar and Elisabeth Easther