09:05 The Stanford professor who analysed the NZ electricity market finally fronts up on its problems

In 2009, the Commerce Commission investigation released an investigation into the electricity market. Professor Frank Wolak estimated that electricity generators used their market power to earn $4.3 billion more in six-and-a-half years than what should have been the case in competitive conditions.

Jason Stephens is an assistant professor of educational psychology at the University of Connecticut and joined Auckland University's faculty of education last year. He wants to get New Zealand schools involved in his research developing programmes to minimise cheating.

Dr Stephens will be giving a lecture at 4:30 pm on 18 June at Auckland University's Epsom Campus, Lecture Theatre J3.

Angela Tiatia's latest exhibition, Edging and Seaming, looks at migrant workers in New Zealand and how they are impacted by the outsourcing of jobs to countries like China. 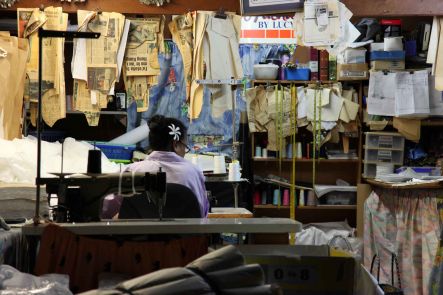 Angela Tiatia, Edging and Seaming, still from DVD, 2012–2013. Image courtesy of the artist.

11:45 Week That Was with Radar and Michele A'Court