09:25 Is New Zealand failing to capitalise on its multilingualism

The Royal Society of New Zealand has released a paper calling for a national language policy to give New Zealand a more unified approach to languages – how they're spoken, used, and preserved. Dr Paul Behrens is a policy officer at the society.

Julie Bartlett is the founder and CEO of StarJam, a charity for young people with disabilities.

The Fields by Kevin Maher
Published by Little Brown

10:45 The Reading: The Kindness of Your Nature by Linda Olsson

Expert witnesses and the family court.

The Met in New York snaps up a bargain, an amazing database of art in Britain, and a quick round-up of New Zealand gallery happenings. 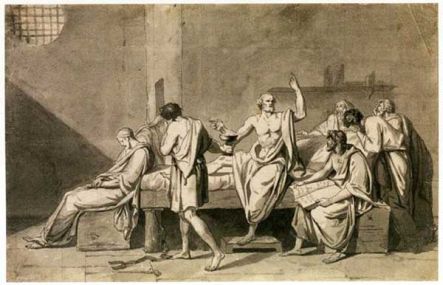 Jacques-Louis David, preparatory drawing for The Death of Socrates. Metropolitan Museum of Art.