Paul Wylie, Buller District Council chief executive spoke to a parliamentary select committee on behalf of West Coast local authorities who want a share of coal and gold mining profits. They say this could be done by increasing royalties or by charging rates on mining operations on Crown land; and Chris Baker, chief executive of Straterra, the industry group representing the New Zealand resource sector and New Zealand mining companies.

09:30 The proposed ethnic business hub in the new Christchurch CBD

Taz Mukorombindo is the CEO of the Canterbury Business Association, which is proposing an international precinct for ethnic businesses and migrant service providers in the new CBD. The not-for-profit organisation supports immigrants and refugees with employment and business services.

Bob Harvey is a former Mayor of Waitakere City (1992-2010). He's been an ad man, a political strategist, a surfer and a very proud West Aucklander. He is currently the chair of the Auckland Waterfront Development Agency. A revised edition of his 1998 book about his beloved West Coast of Auckland and the Waitakere Ranges Untamed Coast has just been released. The updated version provides a detailed guide on the newly opened Hillary Trail, which skirts the Waitakere Ranges and the coast. 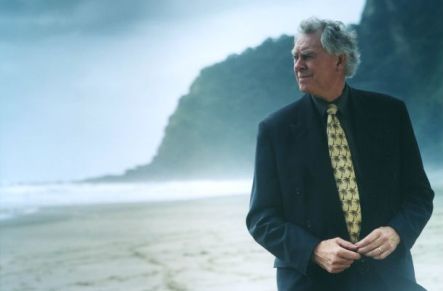 Bob Harvey on the beach. Photograph by Ted Scott.

A Week in Winter by Maeve Binchy
Published by Orion

The award-winning story of Te Rauparaha's surprise raid in 1831 when he chartered an English trader's ship to take his war party from Kapiti to Banks Peninsula for an attack on his Kai Tahu enemy. (Part 5 of 10)

11:45 The Week That Was with Radar and Irene Pink

9:35am
Justine Townes Earle: 'Down on the Lower East Side'
from his 2012 album, "Nothing's Gonna Change The Way I Feel About Me Now"