09:05 Christchuch mayor on control of the central city rebuild

09:15 What will be the impact if the South Island's interisland ferry terminal is moved from Picton to Clifford Bay?

09:30 Are efforts to renew the Kyoto Protocol on climate change doomed to fail?

A preview of the upcoming Chinese Communist Party Congress, which will see a rare overhaul of the party's leadership.

10:05 John McCrystal  - The Riddle of the Rifleman

Writer John McCrystal on how his painstaking research led him to identify a mystery wreck off the dangerous west coast of the sub-Antarctic Auckland Islands.

John McCrystal is a New Zealand writer and researcher.  Copies of the Rifleman report are available from the Maritime Archaeological Association of New Zealand.

Gallery: The Riddle of the Rifleman 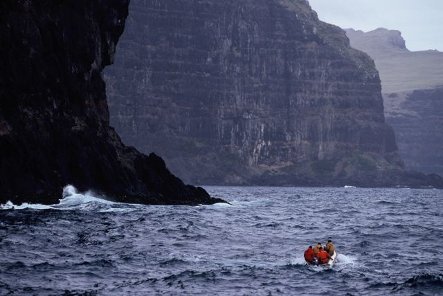 Divers explore the west coast of Auckland Island looking for likely sites to dive in the search for the American ship, General Grant, wrecked here somewhere in 1866 with a significant quantity of gold on her cargo manifest. Photograph by Mike Wilkinson. Used with permission.

10:45 Reading: A Day on the Mataura with Nancy Watson written and read by Brian Turner

The author tries his luck fishing with the lovely Nancy Watson on the Mataura river. Please note: this story isn't available to listen to again online for copyright reasons.

Allegations of match fixing against Chris Cairns being thrown out and the state of the Super 15 squads.

11:45 The Week That Was with Radar and Elisabeth Easther