Nine To Noon for Wednesday 5 September 2012

Dr Annette Nesdale, Medical Officer of Health for the Greater Wellington; and Dr Adrian Gilliland, Wellington GP, and the GP liaison for Capital and Coast DHB.

Bruce Wills, Federated Farmers National President. Bruce was a banker before becoming a farmer. He runs a family farm (sheep and cattle) near Napier; and Ian Blackman, a rural lawyer based in Rotorua and author of Keeping Farming in the Family - a guide to farm succession, published by Tony Hadlow and Sarah Travers.

Australian QC and renowned photographer Mark Tedeschi on the intriguing story of Eugenia Falleni, who grew up in New Zealand as a girl but lived in as a man (Harry Crawford) in Australia. Harry/Eugenia was arrested in 1920 for killing his wife, Annie Birkett.

Eugenia: A True Story of Adversity, Tragedy, Crime and Courage by Mark Tedeschi
Published by Simon and Schuster

How is it that some of our recently arrived immigrants seem to put us to shame in terms of our understanding, not just of the rest of the world, but of ourselves?

Antony & The Johnsons have a new album out called "Cut The World", plus Antony appears on a new tribute album to Fleetwood Mac. 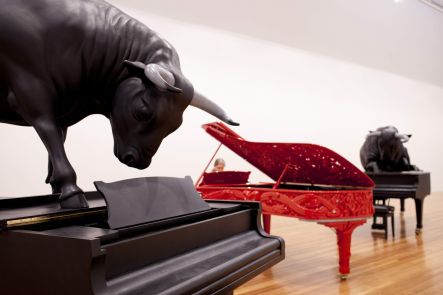