Nine To Noon for Monday 3 September 2012

09:05 Are workers going to lose the automatic right to take breaks under employment legislation before Parliament?

Robert Reid, National Secretary of First Union, which has 27,000 members, including from the retail and finance sector; Sheriden Cook, employment lawyer with Buddle Findlay; and Phil O'Reilly, chief executive of Business New Zealand.

09:25 How much money the elderly need to live healthily in retirement

Diana Crossan, outgoing Retirement Commissioner; and Jessica O'Sullivan, a population health strategist who did her Masters degree thesis on the budgetary requirements for elderly retirees to live a healthy life.

Victims' groups rejecting German apology over thalidomide scandal; the French President feels the heat amid gloomy poll ratings; and the Vatican lambasted in the last media interview of ex-papal candidate.

Waina Kapa is the chairperson of the Randwick Park Residents Association Chairperson. Randwick Park is close to Manurewa and Alfriston and was first zoned for residential use in 1973, so it is a relatively young suburb, that has grown quickly. The suburb has a high proportion of young people and an above average unemployment rate.

The Girl Below by Bianca Zander
Published by Penguin

Kate Gibbs is a food columnist in Sunday Life magazine and she also writes regularly for Sydney Morning Herald and The Wall Street Journal. She is also the granddaughter of Margaret Fulton, doyenne of cuisine in Australia and food editor of Australian Women’s Weekly.

After Toast by Kate Gibbs
Published by Allen & Unwin

An update on Kennedy's search for the Haast tokoeka kiwi, tramping in the Haast range, and Arawata Bill – William O'Leary.

Gallery: Off The Beaten Track with Kennedy Warne 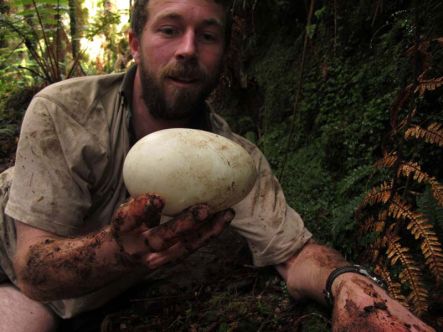