09:05 A coroner looking into the deaths of the three month old Kahui twins has found that their father, Chris Kahui was the only person present when they suffered multiple fatal injuries

Clive Solomon is a Whanganui DHB board member and has been an outspoken critic of the way the hospital has been run; and Gilbert Taurua, Whanganui DHB's Maori Health Director.

American diplomat, former US ambassador to the Netherlands, expert on cultural diplomacy, and Georgetown professor. Cynthia Schneider has studied the effect of American Idol-type shows in the Muslim world, and co-founded an organisation that helps shape Hollywood's portrayal of Muslims on TV and in films.

The Landgrabbers: the new fight over who owns the Earth by Fred Pearce
Random House/Eden Project Books
ISBN: 9781905811748

10:45 The Reading: Taming The Tiger, written and read by Michael Morrissey (Part 3 of 5)

One man's account of his experience of bipolar disorder.

Philadelphian vocalist Melody Gardot almost didn't stick around long enough to have a career in music. She was involved in a debilitating accident when she was 18 years old that left her bedridden for a year. Much of her recovery was due to music therapy and Gardot began recording in 2006.

She has released three studio albums, the most recent, The Absence, explores the sounds of Brazil, Portugal and Africa. Melody Gardot performed in NZ in February of 2010 on a bill with Diana Krall and Madeleine Peyroux.

Two epic exhibitions by Peter Robinson and Rohan Wealleans, and a new way to play the Exquisite Corpse game online. 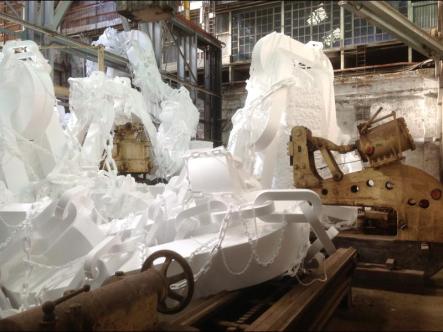