Alex Swney, Head of the Auckland downtown promotion agency Heart of the City; and Ben Chrystall, Ports of Auckland's general manager for infrastructure.

The council-owned Ports of Auckland has a long-established plan to significantly enlarge its container terminal, reaching 250-metres further into the Auckland's harbour. Now the downtown promotion agency, Heart of the City, as well as boaties and architects have banded together to oppose the expansion, saying it will block views and be a blot on the waterfront. 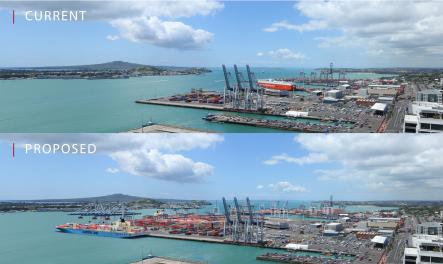 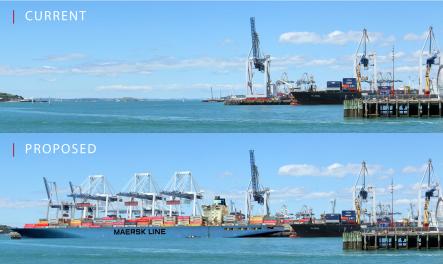 Images released by Heart of the City lobby group.

09:25 The difficulties of dealing with gangs of children who cause havoc in communities but are too young to face charges

Garry Thomas, chair of the Featherston Community Board; and Mark Henaghan, dean of Law at Otago University.

Gary Evans is a medicinal chemist with Industrial Research Ltd and winner of the inaugural McDiarmid medal.

Jo starts to write a dairy and starts to admit her fears but refuses to see her father.

Megaupload and the consequences for cloud computing, plus 3 ways to position New Zealand as a Hi Tech nation in 2012.

Tahlia Mandie, Australian family counsellor discusses issues around children going back to school and starting school for the first time

The NZ Herald editorial on the demise of Stratos, Rotorua's stand-back-and-watch-an-assault and NZ on Air and the meaning of "political".