09:05 Maori MP suggests that child suicide victims shouldn't have their lives celebrated on the marae

Maori Party MP Te Ururoa Flavell says it's time to take a very hard stand on youth suicide, including considering banning tangi for victims and burying them at the entrance of cemeteries so their deaths will be "condemned".

09:20 Reaction from community and mental health workers to a call not to celebrate the lives of child suicide victims

Bay of Plenty volunteer community worker Mate Tangitu, who works with people with drug and alcohol problems, and has attended recent suicide tangi; and Gavin Pike, the manager of Mana Mental Health Service.

09:30 NCEA changes raise concern about a cohort of students being treated as guinea pigs

Yasmeen Musa is a year 11 student at Whangarei Girls High, who  has spoken out about changes to NCEA standards. Chairperson of the Secondary Principals Council Julia Davidson and Deputy Chief Executive of the New Zealand Qualifications Authority (NZQA) Bali Haque.

The asylum seeker deal between Australia and Malaysia; the latest on the carbon tax; and the death of painter Margaret Olley. 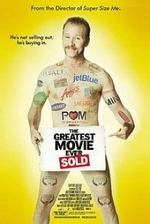 American documentary maker Morgan Spurlock is best known for his film, Super Size Me. He's in New Zealand to promote his latest cynical look at American culture: The Greatest Movie Ever Sold, a look at the extent of product placement and advertising in movies.

The film screens at the NZ Film Festival www.nzff.co.nz
Watch the movie trailer

On China by Henry Kissinger
Published by Allen Lane

Spider Trent, a rugby loving teenage pianist, finds he is the centre of a media storm during a nationwide piano competition.

They Might Be Giants are comprised of the duo of John Flansburgh and John Linnell. They formed in 1982 and have just released their 14th album, Join Us. Their version of alt-rock is sometimes known as 'geek-rock' and their best-known song, Boss Of Me was the theme to TV’s Malcolm In The Middle. The band has also ventured into children’s music. Their 2009 album, Here Come The 123s won a Grammy.

Simon Pollard looks at whether gossip is the human version of primate grooming, and suggests an evolutionary explanation for why so much of our conversations involve gossip.