09:05 Reports that Israeli spies were caught up in the Christchurch quake

A Fairfax newspaper article claims the police national computer has been under scrutiny since the February quake for fears that Mossad agents may have hacked into the network. It reports that three Israelis were among those who died in the quake and one of them was found to be carrying at least five passports.

Dr Paul Buchanan is a New Zealand based political risk and market intelligence consultant, and was formerly with US Defense Department; and Daniel Ayers, Auckland-based computer forensic and IT security expert.

09:25 The far-reaching implications of the referendum on NZ's voting system

Amy Adams, National MP who chaired the special Electoral Legislation select committee. She believes the referendum risks being overshadowed by the general election on the same day and the Rugby World Cup. The referendum will ask voters if they want to keep MMP and, if it is ditched, which of four voting systems they would support.

Niromi De Soyza and her story as a child soldier in Sri Lanka's bloody civil war.

The story of a gangly teenager who gives up rugby to play the piano.

Merle Haggard, whose film Learning To Live With Myself is showing at the International Film Festival.

Another Merle Haggard track (Okie From Muskogee) is available to listen to at Marty's website: www.13thfloor.co.nz

Courtney discusses Julian Dashper's velvet painting Regent, which has just gone on show in Wellington at the Hamish McKay Gallery. 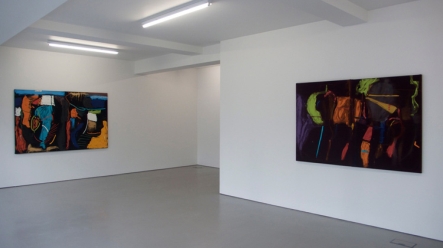