09:05 Should New Zealand follow Britain's lead and change the right of silence in child abuse cases?

Russell Wills, incoming Children's Commissioner and the director of Maternal Child and Youth Health at the Hawkes Bay DHB; and Dr Warren Young, Deputy President of the Law Commission.

09:25 Environmental degradation in the Hauraki Gulf

Business Roundtable executive director Roger Kerr was recently made a Companion of the New Zealand Order of Merit - the country's second highest honour. He has headed the roundtable since 1986. He talks about his long career, his views on the New Zealand economy and where it is headed, and his own personal health battle.

Carthage Must Be Destroyed: The Rise and Fall of an Ancient Civilisation by Richard Miles
Published by Penguin

Music of Gillian Welch - Gillian Welch has just released her new album called The Harrow & The Harvest. It's her first album since 2003.

The recent Court of Appeal judgment in the Clayton Weatherston appeal, which raised issues of when a conviction can be overturned because of statements made in the media during trial.

About half of all female primates conceal ovulation to make it unlikely that males will know when they are fertile. Among the apes, humans and orangutans conceal ovulation while our closest living relative, the chimpanzee, advertise it loudly and proudly. Simon talks about some current ideas about why concealed ovulation evolved and what old school anthropologists could have learned from gibbons. 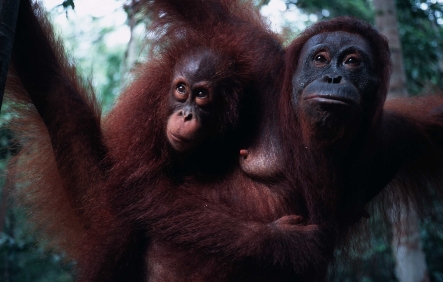 A photograph taken by Simon Pollard in Sarawak of a female orangutan and her baby.