Admiral Thad Allen, the principal federal official in charge after Hurricane Katrina battered the US Gulf Coast in 2005, killing more than 1,700 people and displacing hundreds of thousands. Prime Minister John Key says the structure of the Canterbury Earthquake Recovery Authority, or CERA, was decided upon after an examination of the way other governments responded to disasters like Hurricane Katrina.

Sally Rae, co-owner of Myfone New Zealand, which provides software to allow parents to monitor their children's text messages and cellphone calls; and Batch Hales, from The Council for Civil Liberties.

John Marsden is an author for young readers. His books include Tomorrow When The War Began, which last year was turned into a major motion picture, and he has recently established his own alternative school in Melbourne.

The adventure of a girl who decides to stop speaking.

Jan Gardner is chef/owner of Meola Kitchen, Westmere, Auckland; and Jo Burzynska is author of Wine Class: All you need to know about wine in New Zealand (Random House).

11:45 Off The Beaten Track with Kennedy Warne - thoughts from the UK 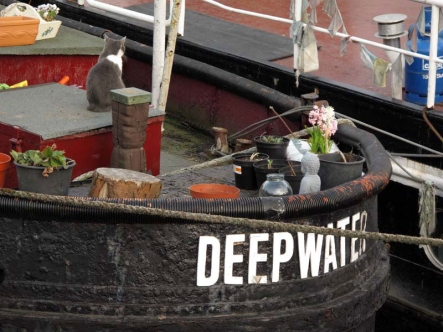 A river boat on the Thames. Photograph by Kennedy Warne.