Nine To Noon for Tuesday 7 December 2010

09:05 Children's Commissioner hits out at authorities' handling of child neglect

John Angus, the Children's Commissioner, who has criticised Child Youth and Family and other authorities for a lack of action over child neglect which it calls the most common form of maltreatment; and Dr Rosie Marks, President of the Paediatric Society.

09:30 NZ soldier killed while serving in Afghanistan with British army

Pamela von Hurst, nutrition researcher specialising in Vitamin D and the co-director of the new Vitamin D Research Centre at Massey University on the latest research which shows that far more of the population is deficient in the vitamin that previously thought - and that the impacts of this are worse than previously thought.

Nicolle Wallace is a New York-based writer and political commentator. She previously served as communications chief during the presidency of George W. Bush and in his 2004 re-election campaign. In 2008, Wallace also served as a senior advisor for the McCain-Palin campaign, and was blamed for many of Palin's gaffes, including her infamous interview with Katie Couric.

Her first novel, Eighteen Acres is about the first female U.S. President, and will be available in NZ later this month

10:45 Reading: Far From The Milling Crowd, a short story by Jane Swan

After losing her own son in a boating accident, a grandmother vainly tries to steer her young grandson away from his obsession with the sea and with boats.

Davey Hughes, owner of Swazi Apparell, talks about his latest adventures, including hunting bears with spears in Alaska and going on safari on foot in Tanzania.

See photographs from Davey Hughes time in Tanzania, Alaska and Norway - Warning: there are images in this gallery that may be distressing to some people. 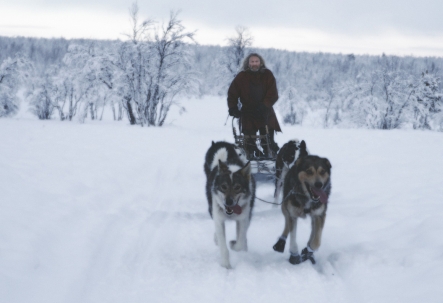