Rolling strike action by secondary teachers means parents are likely to have to make alternative arrangements for their children from tomorrow. In an escalating stand-off between the PPTA and the government, teachers are refusing to work with Year 9 students on Wednesday, Year 11 students on Thursday and Year 10 students next Wednesday. More strikes affecting Years 9 and 10 are planned for the rest of the year.

The Waitangi Tribunal is set to release a part of its findings on its longest running claim, Wai 262, tomorrow. But the most controversial areas, dealing with rights to New Zealand's indigenous flora, fauna, and to cultural ideas and designs, will not be part of tomorrow's release.

Barack Obama hitting the campaign trail, the influence of the Tea Party and the unprecedented fusion of politics and entertainment in this US election cycle.

The incoming deputy mayor of the new Auckland super city council was the top-polling candidate in the Waitakere ward with 16,875 votes. Mrs Hulse was the deputy mayor of Waitakere City for three of her 15 years on the Waitakere council and chaired the Policy and Strategy Committee for six years. She was born in South Africa and she came to New Zealand as a teenager.

Worth Dying For by Lee Child
Published by Bantam Press

10:45 Reading: Iwa the Pirate, a short story by Serie Barford 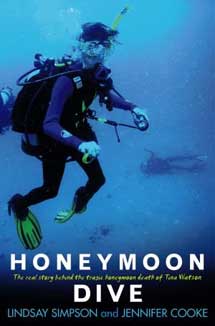 Tina Watson mysteriously drowned during a scuba diving trip with her husband on the Great Barrier Reef in 2003.

Coverage of the Chilean mine rescue.