Ian Fraser, chief executive of Television New Zealand between 2002 and 2005.

TVNZ's handling of Breakfast host Paul Henry's remarks and the subsequent furore has thrown the issue of the its future as a public broadcaster back into the spotlight. Former TVNZ CEO Ian Fraser quit in 2005, saying he had lost confidence in the broadcaster's board after a turbulent time at the helm.

09:20 The union dispute between actors and the producers of The Hobbit

The Japanese entrepreneur who has been described as a member of the cyber-elite. Joi Ito met eBay founder Pierre Omidyar at university in the US and spotted some of the internet's most famous pioneers early in their careers, as well as investing in the likes of Flickr and SocialText.

11:25 Trapped Chilean miners about to be freed

Looks at several cases that have been argued before courts this month.

See images of the works discussed in this segment. 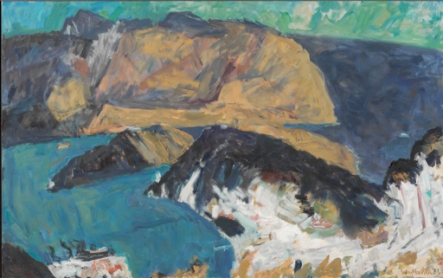 Toss Woollaston, Above Wellington, 1986. Museum of New Zealand Te Papa Tongarewa. Gift of the Friends of the National Art Gallery.http://collections.tepapa.govt.nz/ObjectDetails.aspx?oid=43490