The Government is planning to introduce legislation for a zero-alcohol tolerance limit for recidivist drink drivers and tougher penalties for people who drink and drive causing death by early next year. Alcohol interlock devices will be also introduced for drink drivers...but only for those who have first been disqualified from driving for at least three months. Yet one Australian study indicates that many recidivists continue driving without a licence and that early use of these breath-test type devices may be the most effective deterrent.
Chris Kennedy, brother of Katherine Kennedy, who was killed in March by repeat drunk driver Warren John Jenkins; Peter Raynes, Road Policing manager for Counties Manukau district; and Simon Lenton, Deputy Director at Australia's National Drug Research Institute, who has conducted a study looking at the behaviour of recidivist drunk drivers in Perth.

09:25 Ethical and legal issues with IVF and critically ill newborns

Discussing the latest developments on Basque separatist group ETA's offer of a permanent ceasefire, the UK raises its terrorist alert level linked to the threat posed by dissident IRA groups and the European Commission defends big payouts to ex-commissioners.

Lance O'Sullivan, a Maori doctor spearheading moves to reduce the high number of cases of rheumatic fever in the Far North. He talks about the health impacts of extreme poverty - and his tireless efforts to improve the lives of the people of the region.

Brisket Breaks Out by Karen Goa

Sylvia is unimpressed when Alan buys some steers on Trade Me. 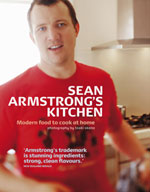 Architectural opportunities in Christchurch after the quake.