John Fenton cut his leg on coral while on holiday in Vanuatu last year, and contracted the muscle-eating disease necrotising fasciitis, which ravaged his leg and left doctors fearing for his life.

All throughout the life-changing event, John believed he'd be covered by his Living Assurance policy through Sovereign. He was devastated to be told by the insurance company that he didn't qualify for a pay-out, as he'd only lost one leg - he needed to have at least two limbs amputated.

Luc Desjardin is the senior ice and iceberg forecaster at the Sea Ice Forecasting, Climatology, and Research at the Canadian Ice Service in Ottawa, Ontario. He forecast the giant ice island breaking off the Petermann Glacier in Greenland earlier this month. It's four times the size of Manhattan (280km²). 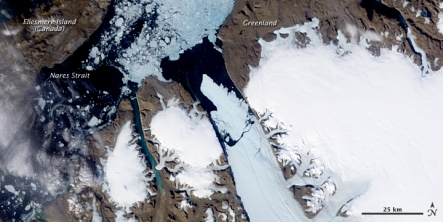 NASA satellite image showing a 280km2 ice island which has broken off the Petermann Glacier in Greenland.

See a larger version of this image.

Lesley Dewar, Perth grandmother and prolific Tweeter. The BuzzElection media monitoring site has found that Lesley Dewar is ranked among the top 100 most influential Tweeters in the Australian election campaign.

Garry Weare has had a life long love affair with Kashmir and the Indian Himalaya. He wrote the first ever lonely planet guide to trekking in the Indian Himalaya, but somehow he hankered for something a bit longer and more remote. He's just published a new book on his recent 5 and a half month 2-and-a-half-thousand-kilometer trek through remote and rugged terrain, from the source of the Ganges river to his houseboat in Kashmir.

Malcolm and Juliet by Bernard Beckett

Artist: John Mellencamp
Album: No Better Than This
Song: Love At First Sight

The All Black's game against South Africa this weekend.

11:45 Week That Was with Dai Henwood and Irene Pink