In the first comprehensive review of liquor laws in a quarter of a century, the Law Commission warns the government against "cherry-picking" only its more politically palatable recommendations.

09:20 Should flu vaccinations only be given to those at risk, after serious adverse reactions in some children? 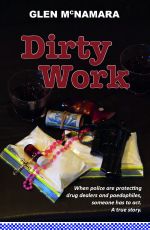 Glen McNamara tells of his lonely fight for justice in a sea of corruption, drugs and the police links with the criminal underbelly. His book on his time as a New South Wales cop, Dirty Work is released in New Zealand next month.

10:45 Reading: How to Make Your First Billion, by Matthew Solon

A fictionalised insight into Silicon Valley, the home of the global communications revolution (Part 8 of 10, BBC/Goldhawk)

The Declaration on Indigenous Peoples Rights