Nine To Noon for Wednesday 5 November 2008

US Election. Dixville, the First US town in the first US State to vote shows a big swing to Obama. This is the first time the town of 21 registered voters has voted Democrat since 1968.

09:30 The thin line between love and hate in the human brain

Professor Semir Zeki, from the University College of London, has conducted a brain study showing some of the nervous circuits responsible for feelings of hate are exactly the same as those used during the feeling of romantic love. 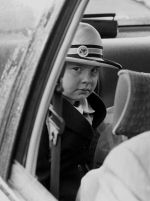 Hilary Morgan talks about her new musical career - and her traumatic childhood.

The Los Angeles-based singer who changed her name to Elena Mitrano, was the centre of a high-profile custody battle that saw her brought to New Zealand to grow up in hiding.

Elena (pictured right) was the little American girl at the centre of a high-profile international child custody battle played out in New Zealand. Formerly known as Hilary Foretich, she was smuggled to Christchurch 20 years ago to grow up in hiding, after her mother, Elizabeth Morgan, claimed that Hilary was being sexually abused by her father. She is now a professional singer in Hollywood, and is using her talent to speak for child victims of abuse.

Artist Of The Week is Chris Isaak.

The California-born singer and actor has been recording his brand of
atmospheric rockabilly-styled love songs since the mid-1980s. Marty
Duda takes a look at Isaak's career and play music from his new
album, Live In Australia.