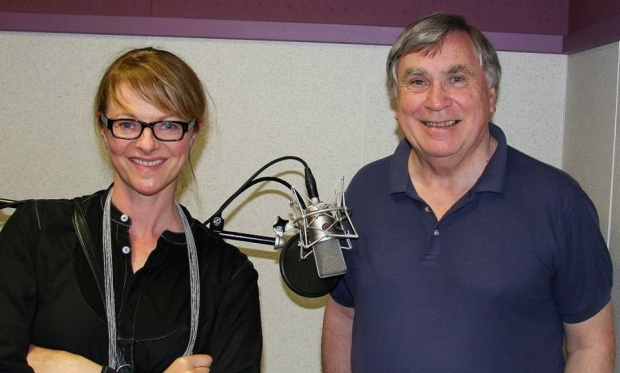 Miranda Harcourt with Warwick Burke in the studio. Photo: RNZ.

Miranda Harcourt has enjoyed a long career acting and directing for the stage, including roles in a run of films, TV series and shorts, and seven years as head of acting at drama school Toi Whakaari.