The Secret Life of Ten Guitars

‘Ten Guitars’ has been one of the best-loved songs at New Zealand backyard parties since the 1960s, and at one point every pop, rock and country singer in the nation had their own version. But the song was actually written for the king of romance, English crooner Engelbert Humperdinck. Julie Hill explores why New Zealanders took to the song known as "Patea's national anthem" with such a passion. 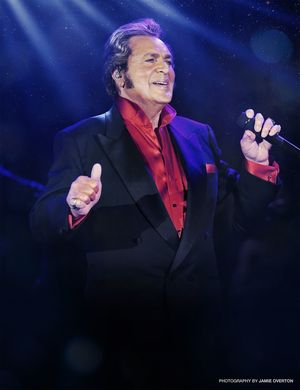 ‘Ten Guitars’ is a song that became known as a Maori classic, but was in fact written by Gordon Mills for Engelbert Humperdinck, a hunky English crooner, who somewhat bizarrely borrowed his stage name from the German composer of Hansel and Gretel. Humperdinck released it in 1967, the B-side to his single 'Release Me'.

In New Zealand ‘Ten Guitars’ made the top of the hit parade and was played at crate parties, funerals and first dates across the land. It was even adopted as the “national anthem” of Patea. The lyrics tell the story of a band of guitarists, ten of them, who woo the ladies with their musical prowess.

Geoff Cawthorn: The interesting thing about ‘Ten Guitars’ is that it's not a hit or known at all around the world. It was never a big part of Engelbert's repertoire at all. But for some reason it was picked up in New Zealand.

The story I was told was by a guy called Eddie O'Strange who was a radio DJ back in the day in Rotorua. He told me about getting the box of singles they got in every week and listening to 'Release Me', thinking it’s a good song, and flipped the other side on and he just thought immediately "this song would be really popular here" for some reason. He didn't say why he thought it would be popular, but it was. He played it on air and subsequently it was picked up on the radio channels. That's the power of a DJ. The equivalent of social media or YouTube today, I guess. Someone decides to flick it on and here it is.

What did Engelbert think of all of this?

Geoff Cawthorn: Well we got in touch with Engelbert.

I should preface this with the story that Pio Terei told. He was working for a radio station that was involved in Englebert's first tour of New Zealand sometime in the 1970s. Engelbert performed in Christchurch. Big gig, everyone turns up, expecting a fantastic time.

Next day they get a call from Engelbert’s son, who was his manager, saying: "Listen, you don't have to have the words and music to ‘Ten Guitars' do you?" And they were like "What?".

Because Engelbert sang at the concert, did the whole thing, everyone's having a great old time. Gets to the end, "Thank you very much" and walks off...

And everyone is going "Where's our song, man? Where's Ten Guitars?"

He didn't realize it was such a big song here. So they got the lyrics, and for the next concert in Auckland, yeah, fantastic. The encore was ‘Ten Guitars’.

When we met up with Engelbert in Vegas, he denied that completely, he said, “Oh no, it's part of my repertoire. I can sing it today". But I think he was kind of covering a little bit because we went to his concert and he didn't sing Ten Guitars'. He couldn't quite understand why that song was so popular in New Zealand, when it was not popular anywhere else in the world.

What is it about ‘Ten Guitars’?

Geoff Cawthorn: It’s easy to play. It's only three chords. It's about guitars so if you play guitar, you know you'll immediately be attracted to 'Ten Guitars'.

It was sing-along favourite in the 70s whenever you had a party, or you were at the beach... It's about a happy time. There's something about barbecues and just hanging out. There's a nostalgic element to it. A sort of light airy feel to it, that just seem to be the perfect mix.

But 'Ten Guitars' was really picked up by the Maori community and performers, partly because it just adapted so well to that and it had a good time vibe to it. And when you say 'Ten Guitars' everyone thinks of the Maori strum, so you know they've kind of become synonymous I suppose.

It was shared by Pakeha and everyone else as well. In fact, in the documentary is a small little archival piece from the Christchurch University ski party and they're sitting there looking really nerdy in their jerseys, all sing in 'Ten Guitars' and they're all a bunch of white people, so it wasn't just Maori listening to it. Perhaps they had more of a groove going on, but it was pretty much universal.

I have an interesting anecdote from Moana Maniapoto of Moana and the Moahunters, who did a really good funky version of it in the documentary.

Her take on it was… her father was Maori, and her mother is Pakeha, and she remembers her father saying that he always felt a bit ill at ease amongst the white friends until he got the guitar out and started singing. It was kind of his way in. So maybe it's an era thing you know, 60s and 70s and 80s and whatever. But is that kind of cliché of a happy-go-lucky Maori guy gets the guitar out and goes "Hey, 'Ten Guitars' man”, you know? There's some truth to that in a funny sort of way.