A rare live performance of the far-flung sonic explorers, known for their high volume, textural sound - “a mosaic of radiant frequencies” according to one of their record labels.

This show was captured at the Kings Arms on 5 February 2013. A short time later the trio’s earlier band Gordons was awarded the inaugural Classic Record Taite Music Prize for the 1980 self-released, self-titled debut.

This performance shows Bailterspace remains a force to be reckoned with.

Bailterspace: Trinine
The Clean's Hamish Kilgour talks with Alister Parker and Brent McLachlan in New York about bringing the original line up together on their latest album Trinine, and Emma Smith catches bassist John Halvorsen back in Wellington. Nov 2013.

Bailterspace - Strobosphere
Bailter Space have been described as "the Sonic Youth of the Southern Hemisphere". Strobosphere is their first new album in 13 years. September 2012.

Extended Play: Classic Flying Nun E.Ps. - Gordons - Future Shock
Remembered as volume dealers of the loudest order and as the progenitors of Bailterspace, Christchurch trio the Gordons was a case of accelerated progress. July 2012. 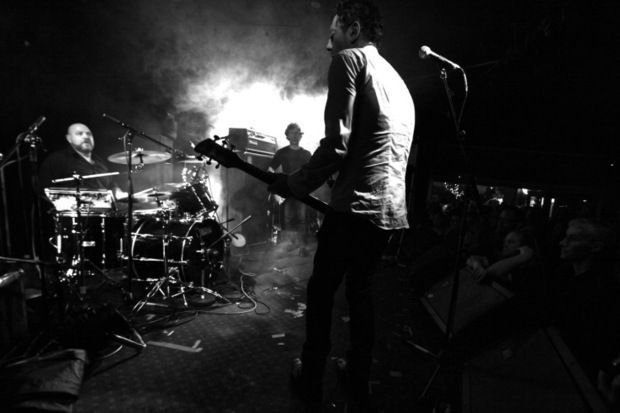