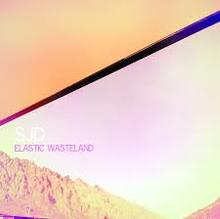 “It’s a strange feeling, like jumping off a cliff and having winged angles lift you up!”

Sean’s sixth album as SJD, Elastic Wasteland, won the coveted trophy that includes a $10,000.00 cheque, though what Sean will do with a years supply of Redbull is anyone’s guess.

Join Nick Atkinson as he sifts the glamorous and talented guest-list for insight and opinion leavened with live performances of brand new songs from Julia Deans and Street Chant.