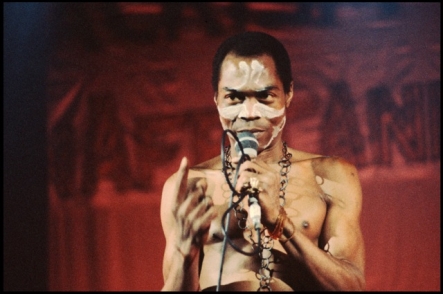 The story of the charismatic, hypnotic and electric performer who invented the afrobeat sound of West Africa and became Africa's first true rock star.

Born out of the revolutionary spirit of newly independent 1960s Africa, Fela Anikulapo Kuti is arguably Africa's greatest musical phenomenon. Fela's music spoke of injustice, courage, and of Africanism - topics that had rarely been touched on in popular African music. His work inspired millions, and provoked the rage of the Nigerian government, resulting in numerous atrocities inflicted upon Fela, his musicians, his family, and his commune of supporters.

This feature draws on anecdotes and memories of the man, supplied by a handful of West African musicians who played with Fela Kuti, knew him, and understood his various complexities.