Johnny Cooper, Max Merritt, Peter Posa, Dinah Lee, The Chicks and Larry’s Rebels will be inducted into the NZ Music Hall of Fame at the Aotearoa Music Awards in November. 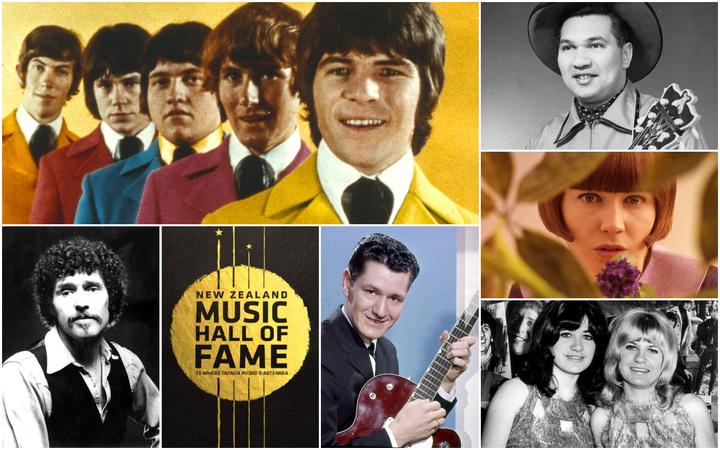 Starting in 1955, though to the ‘60s and beyond, these artists were trailblazers. Johnny Cooper kicked things off 65 years ago; his self-penned track ‘Pie Cart Rock ‘n’ Roll’ became the first homegrown rock ‘n’ roll track.

His baton was picked up by Max Merritt who became a local legend and a spokesperson for the rock and roll generation. Max and his band The Meteors toured and played on singles by fellow Cantabrian, and our most successful female artist of the 60’s, the ‘Queen of the Mods’ Dinah Lee.

The explosion of local talent on stage and on our television screens, saw Dinah joined by the likes of Peter Posa whose albums of instrumental guitar inspired a generation of players and sold by the container-load all over the world.

Peter discovered sisters Suzanne and Judy Donaldson, their up-tempo harmonies soon to make them household names as The Chicks.

As a country enthralled with the moptops, Larry’s Rebels arrived at the perfect time in the mid-‘60s with the swagger of Jagger and the growl of the Animals to set teen hearts on fire with their incendiary live shows and stage presence.

Click here for a Spotify playlist of the inductees’ songs

This year’s inductions are bittersweet, with Johnny Cooper, Max Merritt and Peter Posa no longer living.

Presented by NZ Music Hall of Fame Trust, the inductions are undertaken in a private ceremony whereupon inductees are gifted a tapu taonga, in accordance with tikanga Māori.

All six artists inducted this year will be acknowledged with video tributes and live performances at the 2020 Aotearoa Music Awards, which take place in Auckland on November 15.

The event will be broadcast live on The Edge TV from 7pm and continue on Three from 8.30pm. The entire broadcast will be streamed on ThreeNow.