The three finalists for this year’s APRA Maioha Award, which recognises the art of contemporary Māori songwriting, have been announced. The award will be presented at the 2020 APRA Silver Scroll Awards in October. 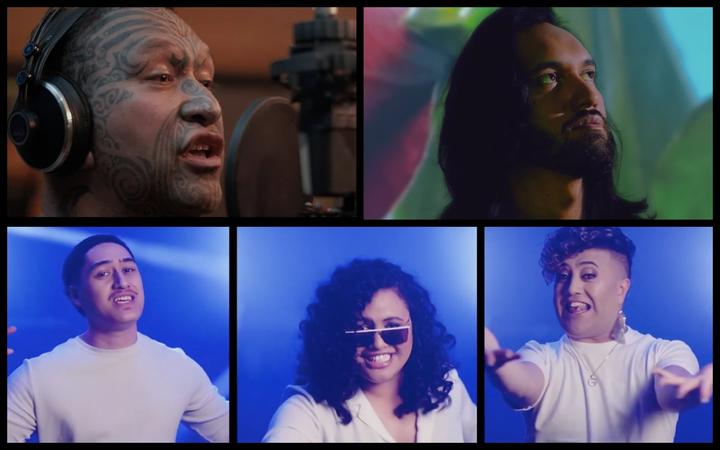 The awards will be presented alongside the Silver Scroll, New Zealand's most prestigious songwriting award, at an online ceremony on Wednesday, October 28, and RNZ Music will be posting all the behind-the-scenes action!

More on the songwriters:

Along with Bella Kalolo, Maisey Rika, Majic, Ria Hall, Rob Ruha, Seth Haapu, Troy Kingi, and The Witch Dr., he created a song that gives tautoko not just to Māori, but to indigenous people around the world.

Seth Haapu has written and produced music for some of the biggest names on the New Zealand music scene, including Stan Walker, Sons of Zion and Maisey Rika. He’s also been steadily releasing music under his own name since 2010.

His lates track, ‘Ūkaipō’. “Ukaipo is about being proud of who you are and where you come from,” Seth says, “It is a memoir on the origins of life; an awakening, reclamation and restoration of identity.”

Superstar Māori music collective Maimoa were the first ever creators to top New Zealand’s YouTube chart with a te reo Māori video. Their 2017 track ‘Wairua’ racked up more than 3.1 million views that year, and has since surpassed nine million.

Released in March, ’Whāia’ featured in episode one of Maori TV’s Waiata Nation which follows 12 musicians on their journeys to make Aotearoa’s next hit single.