Fontaines D.C.: 'We should be confronted daily with conflicting ideas'

Irish post-punk band Fontaines D.C. - it stands for Dublin City - gained massive acclaim for their first album Dogrel. More than they were expecting in fact - it was nominated for the Mercury Prize and BBC Radio 6 rated it their #1 Album of The Year.

Singer Grian Chatten spoke with RNZ Music's Tony Stamp about unexpected success, the danger of the echo-chamber, and their just-released second album A Hero’s Death. 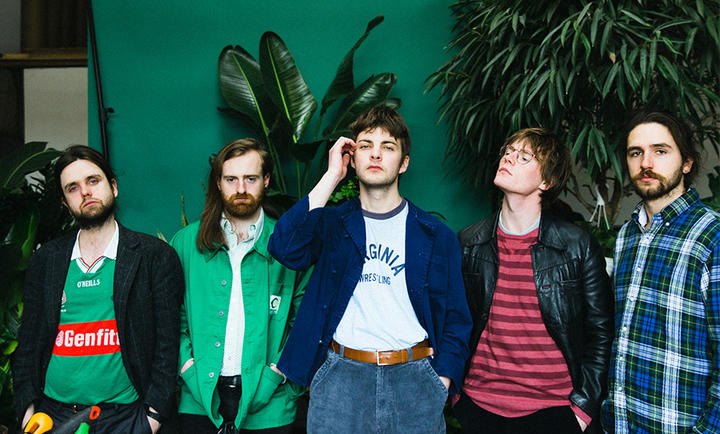 "Before Dogrel we had no experience of writing for anybody else's enjoyment really. Of course we had an inherent sense that 'I think people are going to like this', but we would try our best just for ourselves to never be led by that notion," Chatten says.

"But it gets tougher when ... visibly, tangibly night after night the crowds get bigger and the buzz gets louder more and more louder and you get tempted to give your sense of achievement or validation to somebody else."

The pressures that come with their sudden success and fame hang heavily over the band.

"The success manifests itself in a very strange way - it kind of becomes like a member of the band if you let it get too far. It's sort of like when somebody walks into a room where there's a group of friends who have a very good rapport with each other, and they change the dynamic, and people act even subconsciously slightly differently to each other.

"It's almost ineffable, there's the vague notion of our success that kind of becomes almost the albatross around the neck.

"I think rather than fight it the idea was to forget about it. To acknowledge too much it's presence... is to still be led by it and still engage with it, whereas to ignore it, I think it's easier to just be organic and write for the right reasons.  " 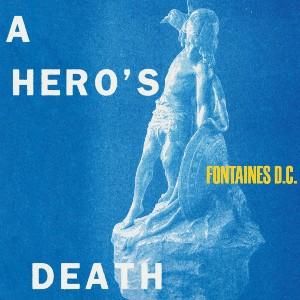 The album cover for A Hero's Death features a Dublin statue commemorating the 1916 Easter Rising.

"The Republic of Ireland achieved full independence from the British government in 1922, but it was the 1916 Rising that was the last great battle from which heroes were made and remembered - the monumental moment. It's the year that every kid in Ireland really learned about in school.

"He died a heroes death, he was a great warrior ... but he wanted to die standing up, so he tied himself to a tree with his sword in his hand, and nobody would approach his body for fear he was still alive, until a crow perched on his shoulder.

"I've been interested recently in the meaning of principles or the validity of principles in the final moment. You remain true to your principals over your life, what does it really mean at the end? We all die, you all go back to the same place."

He says the band's decision to remain true to their values musically and artistically led to wider thoughts about remaining true to intrinsic values against all odds.

"I think I decided that if we are going to go one day why not just work some ideals right to the end."

Their song 'Televised Mind' riffs on current discussions about people becoming insulated in an echo chamber reality, where the people, social media and information they expose themselves to matches their own views.

"It's a shock anytime anyone from my generation in Dublin comes across a profile of somebody who's conservative or right wing - I don't think it should be a shock, I think we should be confronted almost daily with conflicting or contrary ideas.

"We can either empathise with somebody else, understand them and change from within or even just reaffirm and reinforce our own ideas and re-arrive at what we have thought, but independently."