Noel Crombie of Split Enz: 'It was just a total performance'

To celebrate the 40th anniversary of the Split Enz album True Colours, bandmember Noel Crombie spoke to Music 101's Charlotte Ryan on the phone from Melbourne, to talk about his time playing percussion in the band, as well as designing all the band's costumes and artwork. 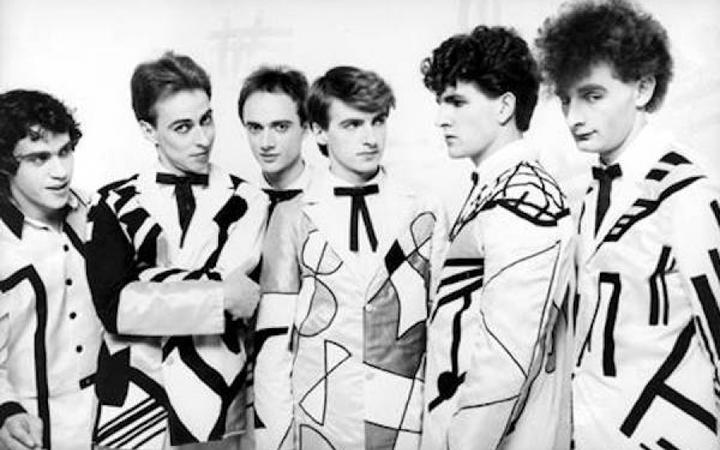 Crombie said he met fellow band members Phil Judd, Tim Finn and Rob Gillies at arts school and early Split Enz gave him the chance to satisfy "a lot of creative urges" and apply them to staging, graphic art, costumes, hair and makeup.

Crombie said he was never actually asked to join the band.

"I just kind of insinuated my way in by doing stuff and then at some point, in early days in Auckland, we did quite elaborate shows ... and then we got a uni tour and went on the road really for the first time. And then I went and I was playing the spoons and then I was playing a little bit of percussion and then I was just there permanently - so that's why they can't sack me really."

Crombie said it was not the norm at the time but it seemed totally natural to dress up to go on stage because you are performing and going in front of an audience.

"Just in the same way that Split Enz never walked on the stage and tuned up, you'd make an entrance and get into it - bang! And we'd have an opening of some kind usually, yeah it was just a total performance and makeup was part of that."

He said the clothes and makeup allowed the band members to adopt a stage persona.

"I can remember the first set of costumes I delivered to the hall in Hamilton we were playing at and they were pretty wildly asymmetrical, one leg short and one leg you know, and everyone put them on and when they looked at each other they just totally got it, [and said] 'yeah this is great, this is fun'".

The clothing and makeup also gave the band an hour before the show where they could just focus on what they were going to do, giving them time to prepare "to move into that realm on the stage", Crombie said.

Crombie said he can't remember where he first got the inspiration for the Split Enz haircuts.

"I think Tim and I both had the shaved up the sides, he had a bit of a mohawk, I had the wings. The other part of that, the preamble to going on stage, was teasing the hair up and spraying it all."

He said the audience didn't tend to imitate the way the band dressed since it wasn't great daywear.

"In our day we all wore suits ... they were just like classic tight little suits and shirts and ties and winklepickers and the mad hair and people used to think we were some form of a sect or some oddball kind of collection."

Crombie said it was a great experience partly because the band was never static and always looking at the next thing and the costuming and music were constantly evolving.

The record company never told them to tone down the look, Crombie said.

"Our parent record company was Mushroom Records in Melbourne and they were incredibly supportive of us always, they basically just let us go ... they never really had anything to say about the look because they could see that that was working, particularly in Australia, it really got us across via television to the whole country and piqued people's interest." 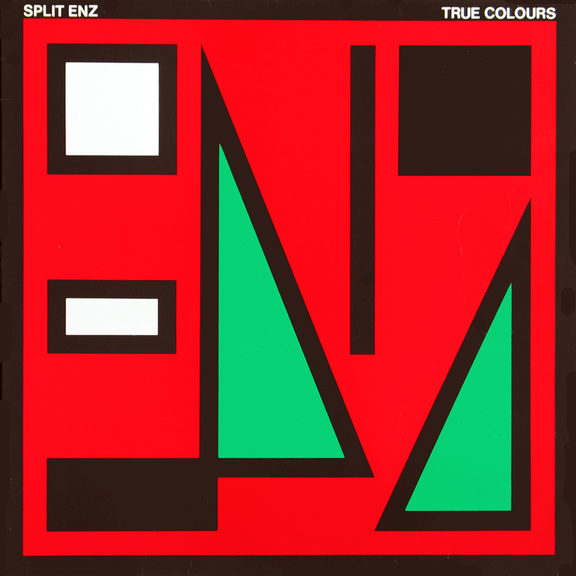 Crombie said he has mixed feelings about True Colours being remixed by fellow band member Eddie Raynor to mark its 40th anniversary because it is such an iconic album for Split Enz.

But he said the remix is not so drastic that anyone has a problem with it after the event.

Crombie names Time and Tide and Dizrythmia as his favourite Split Enz albums rather than True Colours - although he concedes that True Colours has many songs that have received a great deal of radio airplay over a number of years.

Crombie said there were three colour combinations of the album's original record cover and it was one time he had an issue with the record company which thought consumers would be confused by the differing covers.

"Surely people aren't that stupid that they going to think that's three different records and as it turned out it went really well and by now there's been 11 different colours."

Crombie said he can't see the band reforming any time in the future.

"It's kind of weird not having anything new to perform, because ... every tour was the new album, you know we had hundreds of songs and it was just always that thing of moving forward.

"At the end of the band's life the set list became kind of restricted in a sense because there was a bunch of songs that you had to play and the further along the road you got, the more of those songs were part of the list and so it took a little bit of that spontaneity out of it."