RNZ Music is proud to be the first to share the video for ‘Erase Me’, the second single from Claudia’s debut EP North, which was released in May 2019.

Timaru-born, Christchurch-raised, Claudia Jardine is a self-taught guitarist who’s been writing songs since she was a child.

What began as a Smokefree Rockquest entry quickly snowballed into a promising start, with Claudia supporting high profile acts including Doprah, Julia Deans, and Nadia Reid.

As well as songwriting, Claudia is a poet. Her work has been published on The Spinoff, in the youth journal Starling, as well as in collections such as Landfall and The Friday Poem. Another of her poems is due to be published in New Poets 7, out August 13th.

‘Erase Me’ is the second single from Claudia’s debut EP North, which she released in May last year. A nod to Claudia’s folk-pop roots, she wrote it on the back of a bus ticket as a sixteen-year-old in Golden Bay. It hasn’t changed much since. 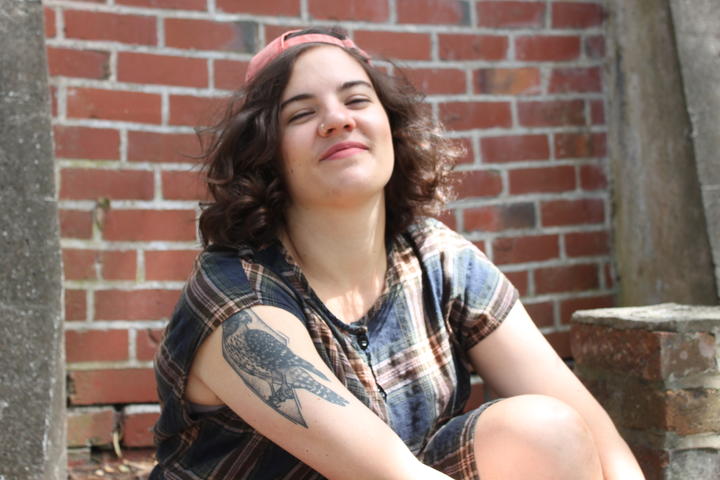 During storyboarding Ruby and Claudia realised they'd had a crush on the same boy at school, which only added to the acidic sentimentality of Claudia's song.

The pair took a DIY approach to the props for the video. Some of their favourites are a handmade eraser costume (an idea Claudia had been waiting to use for years) and the ‘rust’ from a packet of crushed Cheezels, which threatened to dissolve the entire shoot into fits of giggles.

Claudia is currently working on her first full-length album and looking forward to “the renewal of live music and the arts in Aotearoa”.