Yusuf / Cat Stevens on re-recording Tea For The Tillerman

Cat Stevens/Yusuf Islam has praised New Zealand for its humanity after the March 15 mosuqe attacks.

He was speaking to Music 101's Charlotte Ryan about re-recording his classic 1970 album Tea For The Tillerman, to celebrate its 50th anniversary.

When Yusuf heard about the 2019 Christchurch mosque attacks he was so moved he felt he had to do something.

"I had friends over there - Bruce Lynch [the bass player who plays on the new album], Suzanne Lynch, and we wanted to do something."

Yusuf ended up performing at the memorial service in Hagley Park a week after the attacks that killed 51 people.

"They opened the door for us to come along and share this moment ... New Zealand showed some of the greatest humanity that we've seen in the world.

"As far as leadership is concerned, I really wish there were more leaders like you have now in charge of the great powers of the world. That's one of the big problems that we've got.

"We just wanted to share that moment of humanity with everybody from New Zealand."

He said he loves Aotearoa and will never forget standing in the hills above Christchurch and "breathing that air".

The British musician has recently re-recorded his 1970 album Tea For The Tillerman, which includes iconic songs such as  'Wild World', 'Miles from Nowhere' and 'Where do the Children Play?'.

Despite its age, the record is still relevant to what's going on in the world today.

"This album probably represents the most profound thoughts and concerns I have - and which we all really share, about this world and out position in it," Yusuf says.

Yusuf was just 22 when he composed Tea For The Tillerman, but says he still relates to the lyrics: "There's one constant, which is honesty. I've always tried to be honest in my lyrics.

"[This honesty meant] I had to change the lyric of 'I'm Looking for a Hard Headed Woman' because I found one!" he says referring to his wife of 40 years, Fauzia Mubarak Ali.

For his track 'Longer Boats', which he says was "probably inspired by some weird dream I had in my youth about flying saucers and aliens coming to Earth", he ended up almost lampooing it.

"I've taken it a little bit further into the extreme. I've actually turned it into a really funky song where you can almost see James Brown pulling off his cloak. I just wanted to make a light moment out of that one."

But, he says, there's also a reality to 'Longer Boats'. The song, which talks about people coming on boats and "taking the key from the door", resonates with the concerns some people have about immigration.

"And yet the whole of human history is to do with migration. We never ever stood still, we never did." 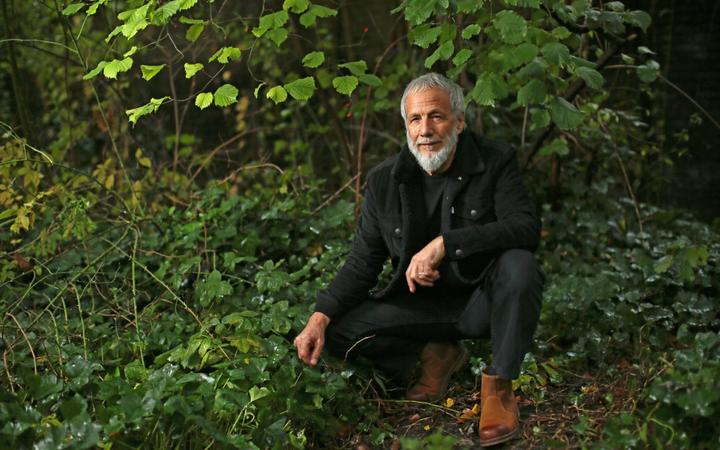 Yusuf says he's always carried an "inner security" with him, which is reflected in songs such as 'Moon Shadow'.

"It's an optimistic song, because it means no matter what conditions I find myself in, I'm still content with what I've got

"I think contentment of the soul is not improved by having lots more things ... What I've learned is that you really don't need that much. I mean even a billionaire can only eat three meals a day. You can only wear one suit, you can only sleep in one bed. You can only walk in one pair of shoes."

"One of the things I've learnt is, don't separate yourself from the needy. Always try to help people, that's what's going to make your life more valuable because people are relying on you and that's very important."

Before the Covid-19 pandemic struck Yusuf had been planning on taking Tea For The Tillerman on a world tour.

"It's the wild world hitting us in the face and saying,'Well this is what it is today,' and you get used to it and that's what we're doing.

"We hope we'll be able to travel again and fulfill that objective which we set ourselves - which was to go out and perform this again live."

Tea For The Tillerman 2 is out on September 18.