The fascinating story behind 'Who Let The Dogs Out?'

New documentary Who Let the Dogs Out  tells the fascinating story behind the Baha Men's chart-topping 2000 hit. Tony Stamp spoke to the film's director Brent Hodge ahead of its screening at the Doc Edge Festival. 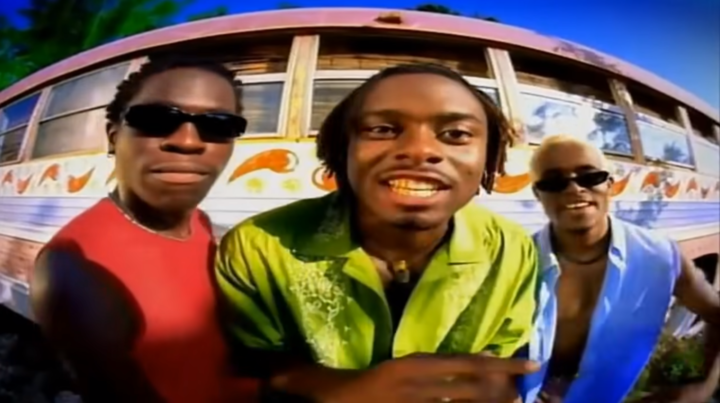 Director Brent Hodge says 'Who Let the Dogs Out', is a great example of something that happens a lot in the music industry - a song that rockets to the top of the charts, but no-one really knows where it came from.

"That's what's exciting about 'Who Let The Dogs Out' - kids know it, your grandma knows it, Canada knows it, New Zealand knows it, America knows it. It's all over the world and nobody really knows the story behind it," he said.

The story behind 'Who Let the Dogs Out' is a fascinating one that began more than 15 years before the Baha Men released it.

Brent got his first inkling of the complexities surrounding the song when he attended a talk by Brooklyn artist Ben Sisto, who'd put ten years of research into trying to find out who originally wrote it.

"I approached him after and said I think we need to turn your presentation into a movie, it's all there, we've  got to visualise it and add a few hooks and turns," he said.

"I didn't know that as we were doing the film there'd be more and more story to be uncovered."

Ben's research only went back to 1994, which was when two kids in Jacksonville, Florida, claimed to have created the song before the Baha Men released it six years later.

However, during filming they discovered the track had originally been a college football chant - a fact Ben himself was unaware of.

The pair have continued to receive messages from people claiming they wrote the song.

"We've left it at, 'If you have video evidence, if you have the song, then we believe you. If you just have a photo with you in a dog costume, that doesn't count.'"

Brent managed to find evidence of the chant dating back to 1985. He'd heard a few claims that go back to 1980, but with no direct evidence.

"The ultimate question of who let the dogs out is the question we ask in this movie," he said.

"It's really up for interpretation, because you could say it's the college team that started the chant, but I think it's the managers, the guys that represented the Baha Men and Hanson and these big pop bands of the '90s," Brent says.

Steve Greenberg managed the Baha Men and was also instrumental in the success of Hanson's 1997 hit 'MMMBop'.

"Without those guys, a song like this wouldn't have a story."

"Steve Greenberg really believed that these guys were the ones that could make this song work and they knew it was a cover, that's what I think is so amazing," Brent said.

He started the film off by interviewing the Baha Men and was expecting their response to be "a little sour", due to the questions around the song - but he discovered it was the opposite.

"They know it's a cover, they know they didn't make it up. They were happy to show me around the Bahamas.

There's legal battles over 'Who Let The Dogs Out' and Brett doesn't think it's over yet.

"I do think when they got the Grammy, there's a lot of names on that song, but some of them aren't on there. I think that's ultimately the conversation that's still open. But this conversation is for a lot of songs, if you think about it.

"There's tonnes of songs that go to court and steal a hook from here or a sample from there. It's really up for debate whether you think that's right or wrong."

Check out the full Doc Edge Festival line up over here.