Writing and performing children's music is the perfect way to lift spirits and not load up a partner or your kids with any problems, says Tui award winner Anika Moa. 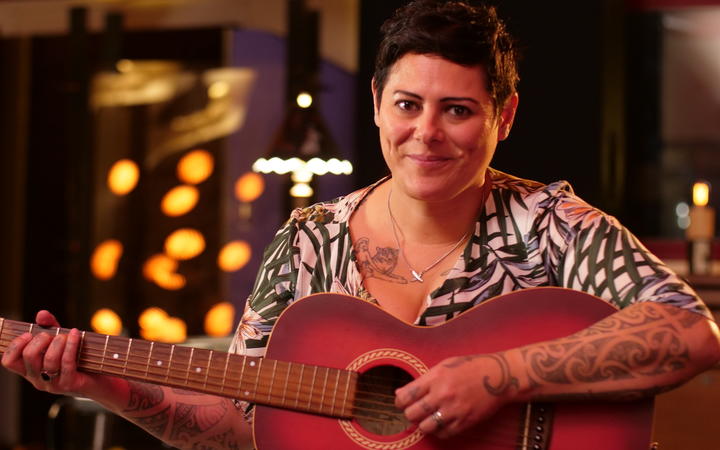 She told Music 101 on RNZ today that having children has slowed down her music but it has also inspired her to compose kids' songs.

"When you get to a certain age you're kind of over writing love songs and heartbreak songs and you're a little bit more grounded.

"I reckon it's harder writing kids' music because kids have short attention spans and you have to get them in the first 10 seconds of a song or else they're like 'oh, next'. They'll move on to the next thing they're interested in. I think it's a really hard skill to have."

As a songwriter getting emotions out via writing songs is a great way to have therapy and not load problems onto a partner or children. "Music for me is my rehab basically ...because I've got kids, I write kids' music and it's really awesome and fun."

During lockdown she enjoyed performing a lot of children's music live shows on Instagram on Sunday mornings.

She said there was a huge children's music market in New Zealand and the talent was "incredible" with Suzy Cato as the "Momma bear".

"We all just do whatever she tells us to. We're like her disciples."

Specialist kids' performers often discussed touring together and were a "quirky bunch", she said.

She would like to write children's books that were "naughty" and they would also need to reflect the diversity of Aotearoa, with some children having "two mums or two dads".

Moa, who turned 40 recently, said she had a minor midlife crisis because it was an age she had never imagined reaching. "I don't know what's coming next. All I know is that I'm surviving with four children and a job [as a radio announcer on The Hits]. I want my 40s to 50 to be the most brilliant, peaceful years of my life.

"I want to travel a lot. I know with Covid-19 that's probably going to be impossible for the next two years. I want to take my kids around the world. I want them to see what I've seen."