The finalists for the Best Jazz Artist and Best Jazz Composition have just been announced live on RNZ’s Music 101. 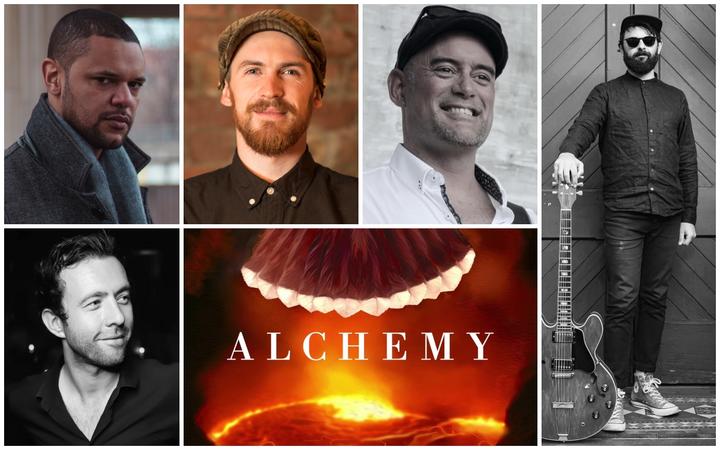 The finalists for APRA Best Jazz Composition are

The winners will be announced live on Music 101 on Saturday, June 6.

APRA head Anthony Healey says although there's some disappointment the awards can't be presented at the Wellington Jazz Festival as they normally would, the quality and inventiveness of Aotearoa’s jazz composers continues to impress, and they deserve to be celebrated.

Recorded Music NZ's Damian Vaughan says,“Over the last 12 months there have been a wealth of technically impressive, emotionally charged jazz recordings released in Aotearoa. It’s a remarkable music scene, which is consistently among the best in the world.”

About the best Jazz Artist finalists:

Alchemy was created with one goal in mind: the reinvention of iconic Kiwi pop songs as leading-edge jazz.

During a 27-year long career, Dixon Nacey has worked with some of the finest local and international musicians across a wide range of genres. He is in high demand as a session musician and sideman, and has been the Musical Director for the “Coca- Cola Christmas in the Park” since 2016.

His 2019 album The Edge of Chaos was his debut as bandleader, featuring seven superb compositions and a raft of talented musicians including Dixon on guitar, Roger Manins (saxophone), Kevin Field (piano), Olivier Holland (bass), Andy Keegan (drums), and Jonathan Leung & Chelsea Prastiti as vocals on ‘Taupo’.

Dividing his time between Poland and New Zealand, Michal is a pianist, composer and a music producer whose jazz career skyrocketed after placing second at the prestigious “Made In New York” Jazz Competition in New York City in May 2018.

After performing his own compositions on stage alongside judges and jazz legends Randy Brecker, John Pattitucci, Mike Stern and Francisco Mela, he went on to release his first solo album Nothing To Prove later that year.

After winning APRA Best Jazz Composition for the third time last year for his composition Chungin’, Callum Allardice is back for the fourth consecutive year with his song ‘Phobos & Deimos’.

In 2016 Callum’s Sons of Thunder took home the inaugural Best Jazz Composition Award at the NZ Jazz Awards, and he followed that up by winning the same award in 2017 for Deep Thought.

As part of the group Antipodes, Jake Baxendale is no stranger to the Jazz Awards. In 2018 the group released their debut album Good Winter and went on to be a finalist for Best Jazz Artist at the 2019 awards.

Regularly touring both New Zealand and Australia, Jake has released the composition ‘Tui’, which is up for APRA Best Jazz Composition at this year’s awards.

Born in New Zealand to a Congolese master percussionist, Myele Manzanza is a drummer and composer who has since established himself on the world stage, collaborating with artists like Theo Parrish, Mark de Clive-Lowe, Amp Fiddler, Miguel Atwood-Ferguson and Jordan Rakei.

In June 2019, Myele released his eagerly anticipated third album A Love Requited, and his song ‘Mortality’ is up for APRA Best Composition this year.

APRA Head of NZ Operations Anthony Healey says: “The quality and inventiveness of Aotearoa’s jazz composers continues to impress and delight us. While we’re disappointed that we’re unable to present these awards at the Wellington Jazz Festival as we normally would, these works all deserve celebration and recognition.”