Returning home to PNG an inspiration for Christchurch rapper Vallé

Enjalas Jenkinson - aka Vallé - came to New Zealand from Papua New Guinea as an eight-month-old, suffering from malaria and rickets. Raised in Christchurch by his British father, it's only recently the 22-year-old rapper has returned to his homeland.

The visit inspired his latest single 'Trip Advisor', the video for which sees him return to Papua New Guinea and reconnect with his family.

"I'm very much aware that I'm lucky, and thousands of people that got [the illnesses I had] aren't so lucky every year," Vallé told Music 101's Tony Stamp.

He always knew there'd be a day when he'd return to Papua New Guinea, but he felt there were certain expectations to live up to before he could return.

"Every Papua New Guinean and other Pacific Islanders know when you come to the western world, you have access to finance and opportunities you don't have back home," he said. 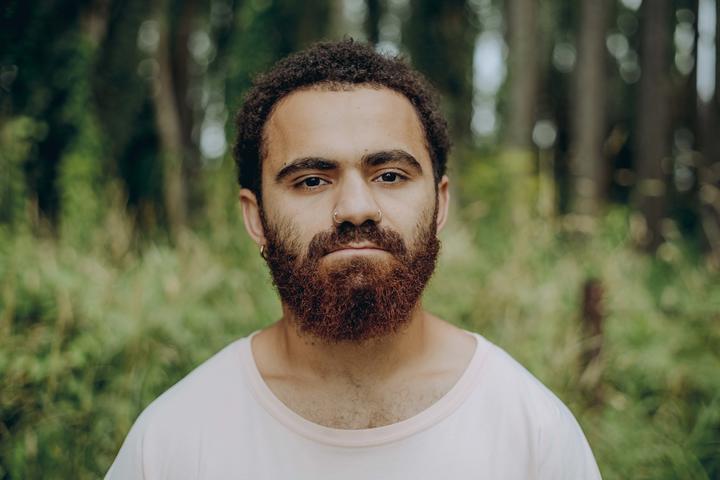 "There's a certain heightened expectation that when you come home, that your hands won't be empty. And so, with knowing that, I knew I had to be in some sort of a financial position where I was able to meet the expectations, at least to a small degree."

The first time he visited the country, the aim was to reconnect with family - including his mother and his older brother.

"Long story short, I fell in love and kind of had this regret that was for a big part out of my control, that it had been such a long time that we'd gone back. So I was like, 'I'm going to be coming back as soon as possible.'"

When he got back to New Zealand, he found the inspiration to write his single 'Trip Advisor', which included lyrics in the Tok Pisen language, a type of pidgin English spoken all over Papua New Guinea.

"When I got back to NZ after the first trip, I'd written 'Trip Advisor'. It just came naturally, the musical instinct of all the thoughts that were in my head. I just put pen to the pad and then 'Trip Advisor' was birthed.

"It really made me courageous in the pursuit of including my language in my songs to a higher level that it was. First of all, let's just pause and realise the fact that Papua New Guinea is one country and makes up a sixth of the languages in the entire globe and people aren't aware of that."

Vallé's 'Trip Advisor' video features his family, and he says the sense of joy depicted in it is real.

"Everything is very much uncontrolled. Because, one, you can't even control it, like the amount of people that want to be involved in the project presented daily challenges, hourly challenges. There's so many unforeseen obstacles in an uncontrolled third world country that can present itself.

"The core characters that you see are all family, immediate and then slightly extended family. In the different settings, it's just whoever's there at the time. No formal casting whatsoever."