The RNZ Music team have gathered stories from some of Aotearoa’s fave musicians about the venues they love, both past and present, to highlight the crucial role they play in supporting our thriving music scene. 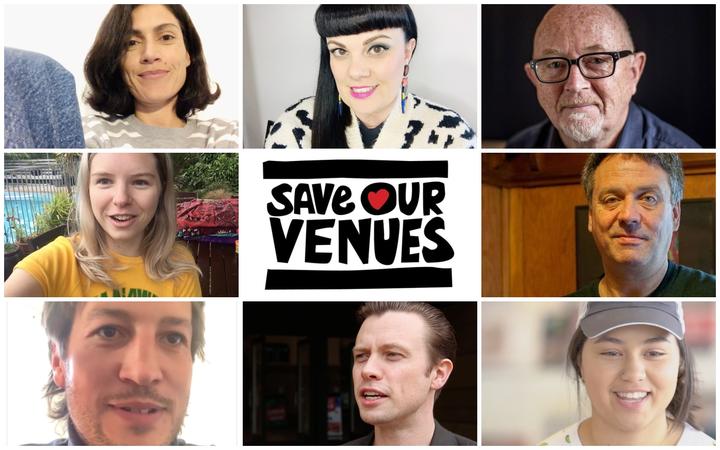 The Covid-19 lockdown has wreaked havoc on New Zealand’s live music venues with many facing an uncertain future. New fundraising movevent Save Our Venues NZ aims to ease the pressure.

The group of passionate music people from around New Zealand have joined with Kiwi charity MusicHelps, fundraising site Boosted and the Arts Foundation Future Fund to raise money and awareness for local live music venues across Aotearoa.

The RNZ Music team have gathered stories from some of Aotearoa’s fave musicians, about the venues they love, both past and present, to highlight the crucial role they play in supporting our thriving music scene.

We also threw in a few recollections of our own. 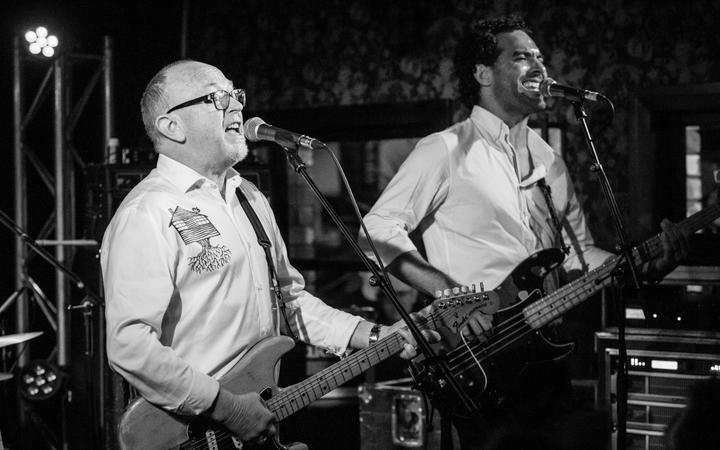 “One of my favourite venues is Blue Smoke in Christchurch. A wonderful place for warmth and hospitality provided by Jess and her crew.

“Great room with a high stage and excellent sound. A short fella like me can see everyone and really rock the house. I had a wonderful night there last time and met up with local artists who I admire greatly.

“Blue Smoke was opened five years ago at a difficult time in Christchurch, but it deserves to be a major draw for local and international artists for many years.

“I certainly support it and can't wait to play there again. Good on you Blue Smoke.”

Martin Phillipps of The Chills | The Empire Tavern, Dunedin (closed 1989) 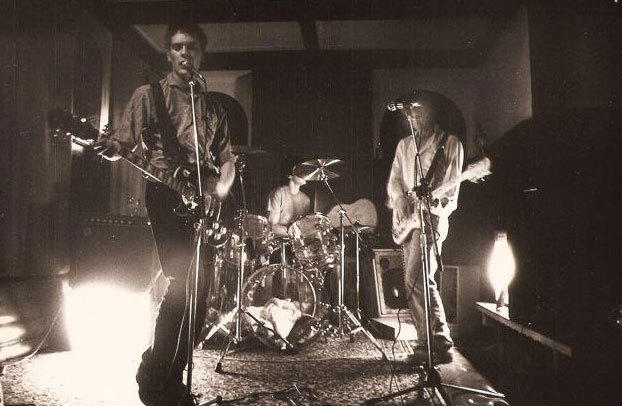 “Three or four different small rooms in an old hotel were used for live performances over the years, but the most famous room, with a capacity of maybe 120 and often holding at least twice that, was on the first floor facing Princes Street.

“The generally good-natured young crowd were watched over by everyone's adopted Mum and Dad figures - the wonderful John and Maureen.

“The Empire Tavern saw ragged but electrifying, historical performances by The Stones, Sneaky Feelings, Snapper, The Verlaines, The Rip, The Puddle, The Chills, Look Blue Go Purple, 3Ds, Alpaca Brothers, Doublehappys and every combination of those bands and others you could imagine.

“Touring bands came to tread the sticky carpets and cram themselves and their equipment together on the weird triangular stages.

“The police might visit, but generally seemed to understand that the obviously underage crowd was safer in there than out on the streets and so they would leave again.

“People desperate for an actual glimpse of the band might stand on the shoulder-height, beer-glass and ashtray shelves - barely wide enough to hold a pint glass.

“It was the way things should be. It was inspiring, transitory and magical. Every town needs a venue like the Empire to occur at just the right moment.” 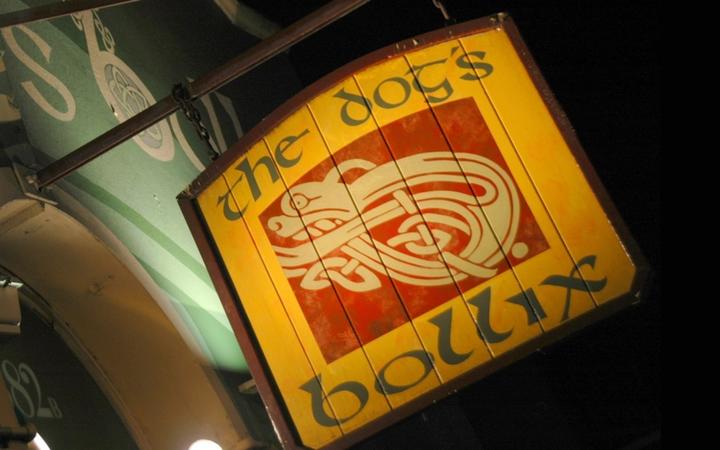 "I’ll be honest, many of the gigs I’ve attended in the last twenty years have sort of smudged together in my mind. Half-remembered, bleary-eyed fragments; it’s hard to say exactly when they happened. But I’m pretty sure I saw M Ward in 2006, on the 10th of January. I definitely saw him at the Dogs Bollix.

"It was a balmy night. No seriously, it was really warm. And within the walls of that pub we experienced heat so punishing the show was whispered about for years to come.

"That’s mainly why it’s stuck with me. Or maybe it was a combination of that and the delicacy of the music: it was so mellow, so beautiful, but temperature-wise it was like attending a sludge-metal show at Whammy, or getting in the mosh pit at a Big Day Out under a blazing summer sun.

"We were all drenched, slipping and sliding against one another while the man on stage plucked his acoustic and sang in hushed, reverent tones. It was gorgeous, and he played his incredible cover of ‘Let’s Dance’ in the encore (a version which is somehow even sexier than Bowie’s).

"But I remember the sense of relief when it was over, and we all poured out onto the street like soup from a tin. Literally steaming, but so musically satisfied. 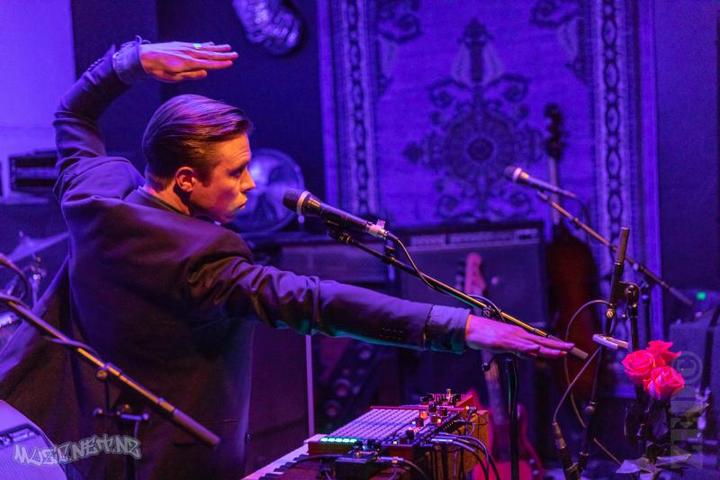 No one tells you how to be a musician. There’s no job interview you can go for, no relevant qualification that will make a difference, and no one will call to ask you to start on Monday.

"And yet, the only way to be a musician is to learn on the job.

"As a young musician, independent music venues like The Wine Cellar gave me a task that was straightforward and tangible: put on a show, convince a number of people to see it, and make it good.

"Visiting from Dunedin, a city devoid of people aged 23-35, where gigs were five bucks, I remember my first show at The Wine Cellar, and being amazed at these older-but-not-old people, who would hand over ten dollars to come in, even if they knew nothing about my music. My first reflex was to feel bad that the owner, Rohan, was letting me charge them.

"But he was showing me that I did have a real job, one that was worth money. And he was challenging me to make it worth the audience’s while.

"Later, when I moved to Auckland - he put me on his yearly Borderline festival, and suggested me as an opener for other acts at Wine Cellar. One gig led to another and before long I was playing and touring a lot.

"As a musician you can spend a lot of time thinking about things you can't control - streaming plays, blog reviews, international labels. Spending your time on these things is a little bit like working on a full-time plan to win lotto.

"I didn't always know it at the time, but the most important thing I did when I started in music, was to play at places like The Wine Cellar. I played to real people, and I learned to make sure their door charge was money well spent.

"I hope new musicians get the same tangible chance to develop, and be paid at the same time." 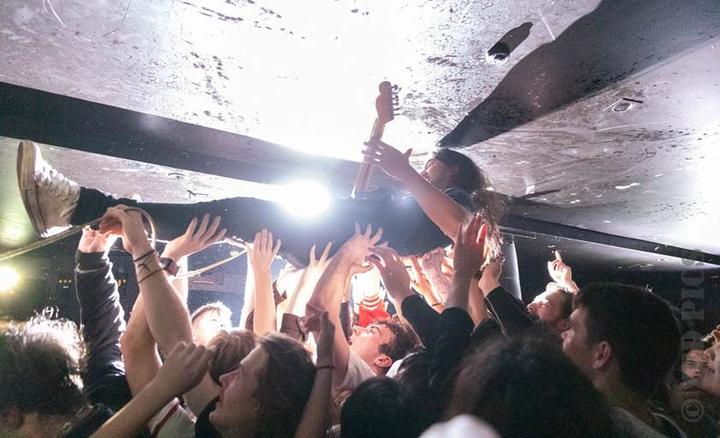 "Although I (Jun Park, guitarist) look happy in this picture I'm actually in a great deal of pain. Before I'd done this successfully, I'd actually jumped straight into the low roof, giving myself a concussion and possibly breaking my back... spinal (said in the style of Mike Tyson)!

"But that's what makes Whammy, Whammy. It's a stomping ground for all up-and-coming, professional and veteran musicians, but where all are treated equal... because frankly no one cares who you are.

"It's a place where it's impossible to separate yourself from the audience. Not only do you feel their energy, but their literal spit and sweat too.

"It's a place where you test, break and build yourself. It's a place where I feel safe, yet terrified at the same time, 'cause I don't know whether the audience is gonna love me or smell the fear leaking from my pores and gnaw me to bits.

"It's a place where honesty, chaos, creativity, and love mix into one to create a hostile yet welcoming environment.

"Simply put it's a place that needs to stay in our home of Auckland, New Zealand, so please help out your local venues in these tough times everyone!" 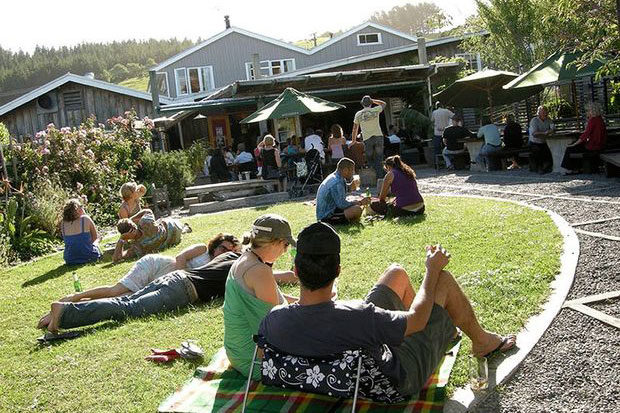 "I’ll never forget sitting behind the banister, completely enchanted by the chilling voice of The Veils' Finn Andrews. Or witnessing a younger Marlon Williams accompany the amazing Delaney Davidson.

"I have been sonically captivated by many artists at the Leigh Sawmill Cafe and my soul has been nurtured inside this rustic and intimate building. It’s one of the iconic venues and has accommodated so many artists on their journey through music.

"Not only did I witness many incredible bands in that venue, I have my own experiences performing there. A fond memory is the mayhem that was our first headline show at the Sawmill.

"A water-based hazer set off the fire alarms during the opening band (despite assurances it wouldn’t), prompting the local fire department to rip down the road and load fire fighters into the building. Safe to say we had to hand over our bond pretty quickly.

"A stern warning was delivered that we'd foot the bill if the venue was given a fine. Jump forward an hour and the venue was absolutely packed to the brim, we had people on shoulders and I even serenaded my mum on stage for her birthday.

"The manager of the venue came up to me after the show and asked us to come back. That night was a beautiful roller coaster and just the beginning of many phenomenal nights to follow." 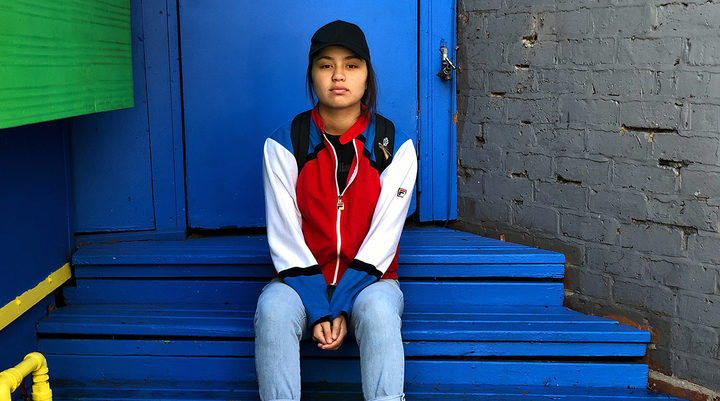 "My most loved venue in New Zealand is probably Shed 10. I opened for Ruel there in September, and before the show, we all played tag in the downstairs foyer and ping pong upstairs - it was such a big wide open space.

"The sound while being on stage was the best sound I’ve had at any show I’ve played. I also saw Lauv at Shed10 and made so many friends and danced at the back of the crowd with people I met that night. It was so fun." 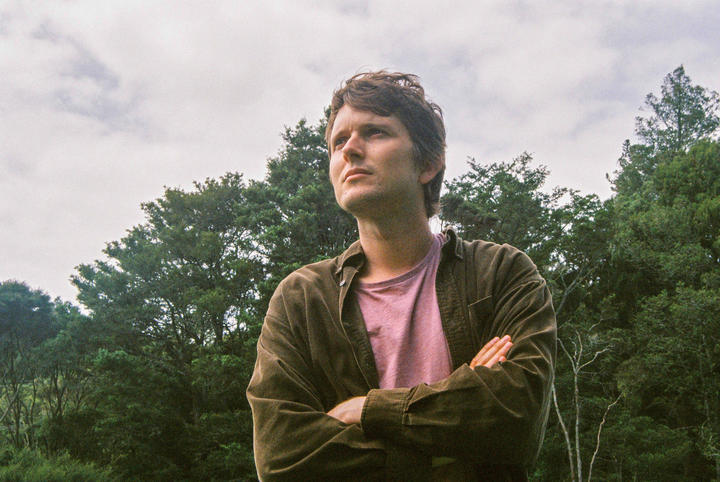 "I can’t count how many times I’ve played shows at Wine Cellar. I’m pretty sure my last four consecutive shows have all been at this venue. Rohan is generous and gentle and knows the local scene like no one else.

"This venue is my training ground and my arena. It’s taught me hard lessons and given me encouragement to keep moving.

"When I’ve traveled and made new musician friends I’ve always brought them back to play this venue and it feels like things coming full circle.

"I am the musician I am today thanks to Wine Cellar." 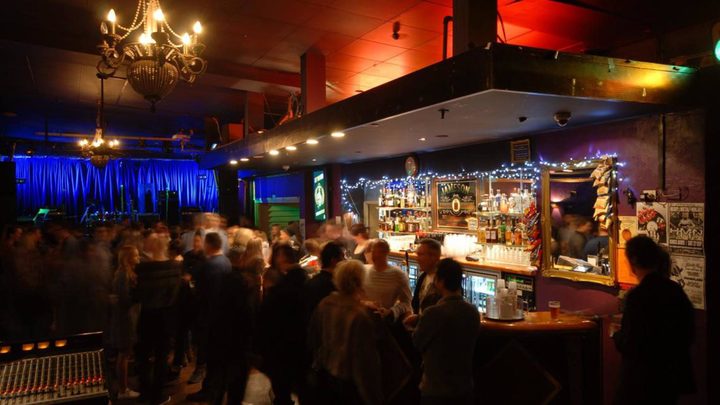 "It was summer 2005 and The Shins were my favourite band. They were set to play two sold-out shows at Auckland’s famed live music venue The King’s Arms, but I could only get a ticket to the first night.

"That first night was incredible. 23-year-old me was utterly blown away. I had to see them again.

"So, the next night, I skulled some whisky for Dutch courage; I had my friend Michael boost me onto the sports bar balcony; I climbed up and over the veranda and jumped down into the crowded garden bar.

"I’d cut myself on the roof while climbing over and had blood pouring down my arm, so when I landed smack bang in the middle of a circle of mates, bleeding, I looked pretty badass... for a Shins concert.

"That second night was just as incredible as the first.

"Although the King's Arms is now closed, the feelings and memories will always be with me. I saw so many bands there, both local and international. The place helped make me into the music fan I am today.

"That's why small venues are so important, not just for the bands, but for the music lovers like me."