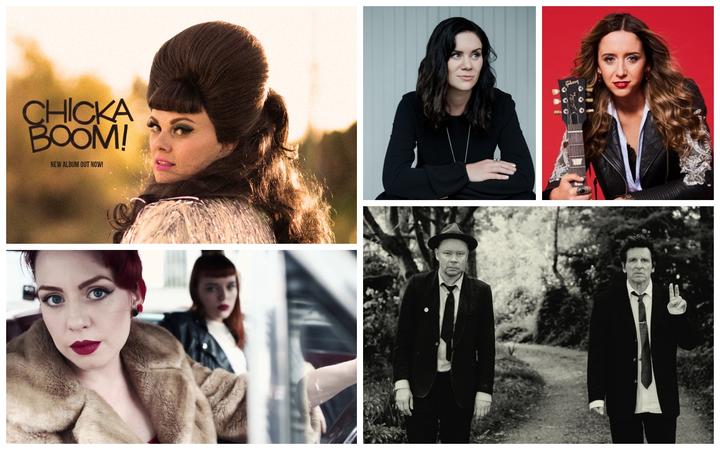 The finalists for Best Country Music Artist are:

The finalists for Best Country Music Song are:

The winners will be announced live on RNZ’s Music 101 on Saturday, May 30.

For Delaney Davidson, it all started when he met Barry Saunders at church. They were sound checking for the Churches Tour with Marlon Williams and Tami Neilson - Barry playing old gospel songs and Delaney chugging out his signature blues.

Since then, the two collaborated on the album Word Gets Around, which was released in April 2019. A nationwide tour followed, and they’re now are up for the 2020 Recorded Music NZ Best Country Artist award.

In 2016, Kendall Elise launched her solo career with the debut single ‘Heart Full of Dirt’ It paved the way for the Kiwi singer-songwriter’s self-produced debut EP I Didn’t Stand A Chance, which saw her selected as a finalist for the APRA Best Country Music Song in 2017.

No stranger to the Country Music Awards, Tami Neilson has been nominated for two songs – ‘Any Fool With A Heart’ and ‘Hey Bus Driver’ – both from her latest album CHICKABOOM!

Kaylee has had a whirlwind year as the first Australasian artist to play C2C (Country to Country) London in 2019 after being handpicked for Key West Songwriters USA and C2C Australia. Her song ‘That Summer’ is the fourth finalist for the APRA Best Country Song award this year.