Wellington singer-songwriter Louis Baker had never produced anything with a dub flavour before he recorded this soulful version of Fat Freddy’s Drop's 'Ten Feet Tall'. Doing the cover allowed him to “tap into something new”.

Freddy’s have been a huge influence on Louis ever since he heard Based On A True Story. He chose to cover ‘Ten Feet Tall’ because “it has an uplifting kind of magic to it”.

“‘Ten Feet Tall’ really left me thinking that great songs say it for you. They echo the essence of what you're feeling, so that you don't have to articulate it yourself.”

Louis’ girlfriend shot the song’s video on her iPhone.

Delaney has always been strangely fascinated with Split Enz 1981 hit ‘One Step Ahead’.

“The creepy feeling, the hooks in what is kind of the chorus and kind of not the chorus. The amazing synth lines that are almost invisible as the verses build. The organic way it works is compelling and hypnotic. It’s a really crafted song.

“I wanted to do it so I could see how it works and get a look under the hood so to speak.”

Delaney made the video at home “getting dressed up and prancing round” and really trying to get into the characters.

“I was often laughing at myself and trying to lighten up. It ended up with a lot of serious faces somehow. I also dragged in some old experimental footage.”

Delay felt the song’s original video had echoes of German expressionism, “So I went quite hard in that direction.”

Auckland singer-songwriter and producer Gareth Thomas, formerly of Goodshirt (he wrote their #1 single ‘Sophie') spent his lockdown finishing up his third solo album.

The first single from the record is due for release in August, with much more to come next summer.

Gareth chose to cover ‘Beautiful Day’ by Voom, aka Buzz Moller, “because I think Buzz is one of the best songwriters in the country and I reckon way more people should know about Voom. This was an opportunity to share one of his wonderful songs.”

Gareth and Buzz have been collaborating recently, writing songs for both Gareth’s new album and his partner’s - none other than Ameila Murray aka Fazerdaze.

Auckland rockers Villainy spent their isolation producing a series of "iso-coustic" sessions. They released four unique versions of tracks from their recently-released Beggar EP and 2019’s Raised In The Dark LP.

The band members recorded their own parts at home and drummer Dave Johnston (who’s also a producer/engineer in his own right) put them all together.

Video duties were shared between Dave and the band’s guitarist Thom Watts.

Villainy chose to cover Dave Dobbyn because “he’s a bloody legend and he's written dozens of great kiwi songs”. The group have a huge respect for his craft and they reckon ‘Language’ is one of those songs that defines his catalogue.

“It's a hell of tune and we wanted to do something that we could really strip right back down to basics.”

Villainy are getting behind Save Our Venues who are raising money for Aotearoa’s small venues to keep them on their feet. They donated 100% of their merch sales over three days last week, donating $1,000 to the cause.

She’s supported acts including Rodriguez, Beth Orton, Marlon Williams, Anika Moa, and Aldous Harding, and is currently working on her debut solo record, which is due out later this year.

Ebony chose to cover ‘Beautiful Things’ by legendary Flying Nun band the 3Ds: “I love the 3Ds so much and this song is a treasure in hard times, to remember hopefulness for the future. It was as important in the nineties as it is now.”

Ebony recorded her cover with the help of her partner Gram Antler, aka Jack Johnson, in their spare room’s makeshift studio. This is their first homemade release, apart from the live session they did as part of RNZ Nights’ ‘Down The Line’ feature with Bryan Crump.

The pair’s friend and long-time bandmate Chris Winter recorded the drums in his lounge (about 100m up the road) and “sent them contactless through the internet”.

The homemade video - another first for Ebony and Gram - was shot in one continuous take, and all the effects are created using analogue techniques. It features Ebony and Gram’s “special things”.

Since then he’s released six solo albums including his latest and most successful record, 2018’s Too Many Millionaires, which was recorded 'live-to-tape' at Wellington's Surgery Studios by award-winning engineer Lee Prebble (Black Seeds, Phoenix Foundation, Dave Dobbyn).

Darren on why he chose ‘Not Given Lightly’

"I’ve been a Chris Knox fan for a long, long time and I wanted to do something a bit different with this classic tune. So I re-imagined it as a bit of a soul thing, which is kind of where the song’s harmonic structure is anyway.

“Then I decided to just melodically go somewhere else with his beautiful, heartfelt lyrics, and add a cheeky middle eight. I used a simple drum loop ‘cause I wanted to honour something of the original recording too.

“I recorded a bass part and a couple of simple keyboard parts, some percussion and then played the guitar and vocal live while recording the video.”

Sam on why he chose 'Imagining My Man':

"I was going through lots of New Zealand songs and playing them on guitar as I paced around the house. I've been listening too a lot of Aldous Harding lately, and at first I thought about doing 'The Barrel', then I remembered this song.

"It felt like the deep, cathartic emotional well I needed to dive into during lock down. When it was on that Fathers' Day ad it honestly made me cry every time I heard it.

"I think I've performed it in a more earnest manner than Aldous, and in way that's less cool, but it's just where my head was at. I didn't really change the arrangement at all, I just gave it the most honest performance I could muster."

23-year-old Marley Sola started his musical career in 2013 as a member of X Factor finalists Moorhouse.

He's spent the last few years establishing himself as a solo artist, embracing independence and finding his own sound.

Marley grew up listening to Che Fu's 'Misty Frequencies': "It was always playing somewhere and the melody has been forever in my head since," Marley says.

"I love Che Fu, he’s a legend, and his voice is next level, so I thought I would give it a jam. Hope you enjoy! Happy New Zealand Music Month!"

‘Come To Me’ is Julia’s favourite Marlon Williams song, and “Since Marlon covered one of my songs years ago for the Silver Scrolls, it made sense to (hopefully) return the honour,” Julia says.

“Given that our household bubble is comprised of musicians, it also made sense to get everyone involved – though the enterprise was artfully avoided by the cat." 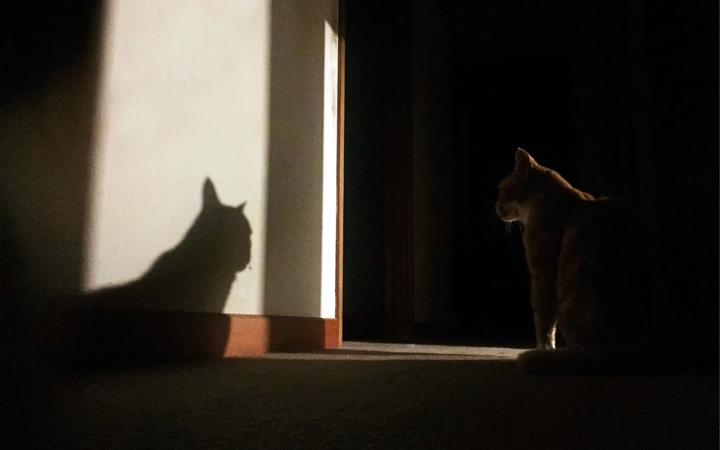 Julia is currently trying to find motivation to finish an album’s worth of half-written songs. Her previous releases are available on Bandcamp, as is Fur Patrol’s debut album Pet, which turns 20 this year!

Arma Del Amor have just released a new video for their song ‘The Usurper’, taken from their album Onna Bugeisha.

Shapeshifter have a new album, which is currently in the mixing process.