Virtuosic one-person band Tash Sultana has a new single, a video made by fans, and they've just got engaged. Kirsten Johnstone catches up with Tash. 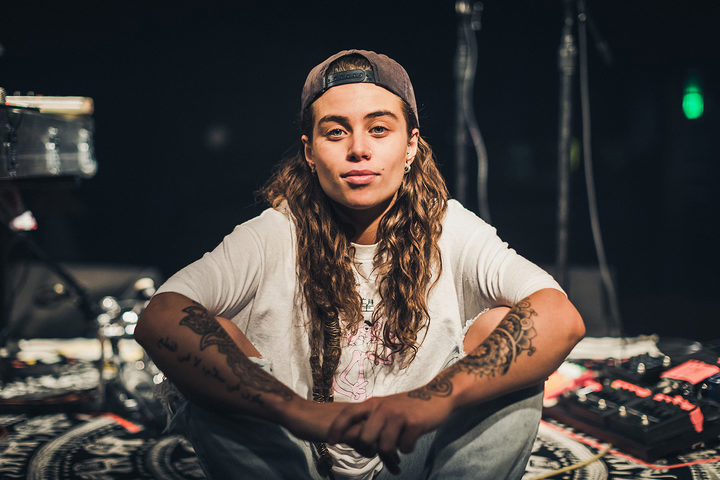 The bedroom studio sets we’re seeing a lot of from musicians during lockdown are no new thing for Australian multi-instrumentalist Tash Sultana.

It was this kind of jam four years ago, with a go-pro focussed on Tash with guitar, pedals, and a small mixer that kickstarted their career, and made them a stadium filling favourite across the world.

Currently on lockdown at their ten and a half acre property in ‘in the sticks’, they’re being as productive as they can, releasing a new single, working on the second album, keeping their fans involved, and doing media.