A-ha's keyboardist Magne Furuholmen on how the band has endured

Norwegian pop trio A-ha are best known for their massively successful 1984 hit 'Take On Me'. Nearly four decades later, they're set to play New Zealand for the first time. A-ha keyboardist Magne Furuholmen spoke to RNZ Music's Yadana Saw ahead of their visit. 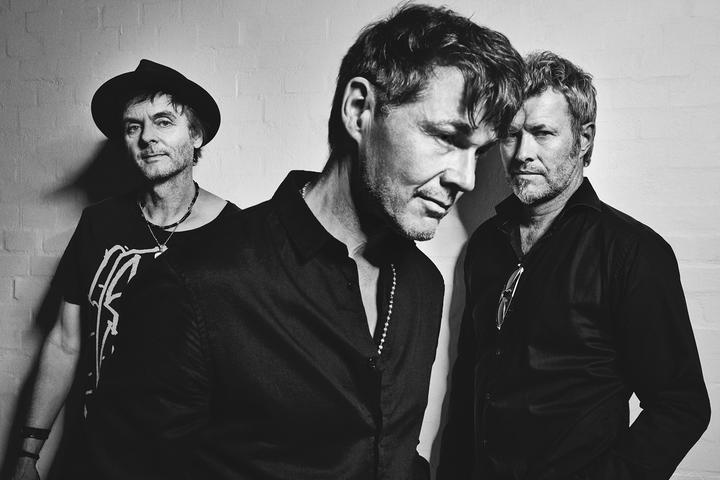 Over the last thirty years, there have been many attempts by A-ha's members, to extinguish the band, but somehow it's never stuck.

“However fast and long we try to run in separate directions it seems to always catch up with us,” laughs Furuholmen.

His band has has broken up, reformed, retired and returned several times since they first released their debut album Hunting High and Low, which propelled them into the global spotlight, in part due to single 'Take on Me' and its vividly memorable music video.

'Take on Me' is one of the few songs that have surpassed a billion views on YouTube, but the song actually flopped on its initial release. Then, through several iterations, rewrites and music videos, it went onto to become one of the most enduring and iconic songs of the last three decades.

Since then, the song's been reinterpreted by many different artists and appeared in a slew of movies and TV shows, including Deadpool 2, Furuholmen's favourite.

A-ha were reluctant pop stars, who famously skipped the 1986 MTV video awards in favour of playing a small theatre show in Houston. It's taken a long time for them to make peace with the song that essentially overshadowed the rest of their discography.

“Sometimes you feel like you want to break things down and do new things, but then things pop up that make you feel really grateful,” says a philosophical Furuholmen.

“There’s so much history shared and I think we are continuously reminded by our audience of how much our music has meant to them.”

In 1985 Hunting High and Low topped the New Zealand charts. The band toured Australia the following year, but never made it over the Tasman until now.

“It’s an amazing thing to be here that many years later and celebrate an album that was huge for us and was the album that introduced us to the people of this region.”

"For us this is an opportunity to really just go with the dogma of celebrating our first album. When started rehearsing it we felt almost like it was new and fresh for us."

"To go back to the original arrangements it felt not only a trip down memory lane but almost like rediscovering it and seeing that yeah, you know, we actually did some interesting things back then. As young guys perhaps we didn’t reflect too much about it then, we were just moving on from album to album."

"Looking back now, it’s not badly sculpted, there’s a clarity now that we can appreciate these days and hopefully our audience will enjoy the shows that we’ve prepared. We’ll do our best."

A-ha are performing with Rick Astley in March: