Here’s six things you probably don’t know about her.

1. She drives a boy racer car 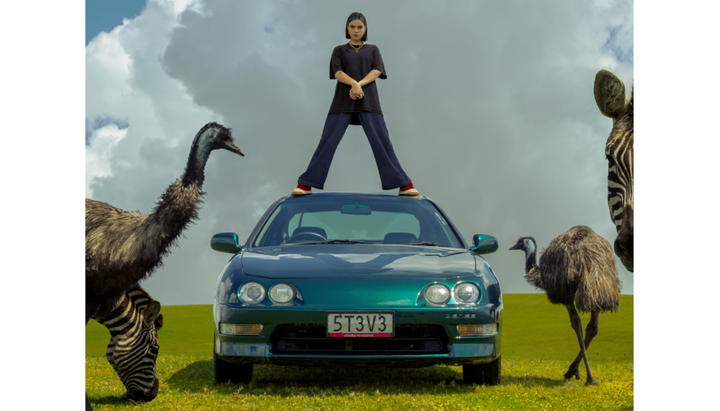 It’s called Steve, and it’s a Honda Integra, which was once a favourite among boy racers. The car features on the cover of her latest EP, Stella and Steve.

It used to be her Nana's (?!) and it has a brand-new stereo: “My dad got it replaced for me. Thank him. Apparently, I blew my speakers.”

2. The first song she ever remembers hearing is Björk’s ‘It’s Oh So Quiet’

“My parents used to play tons of Björk when I was maybe eight or nine, in the car. I remember long road trips to the Coromandel listening to this song and singing it together.”

Benee writes her own clever and inventive lyrics, and has always loved creative writing, “But I also suck at writing because I'm dyslexic and it was a little bit difficult in high school and stuff."

Dyslexia affects at least 10% of New Zealanders, and alters how the brain processes graphic symbols, such as letters and numbers. 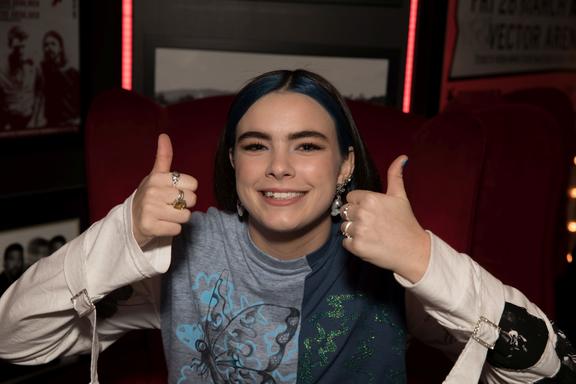 Stella Bennett aka Benee at the Silver Scrolls 2019 Photo: RNZ

“Reading is something I struggled with. I had private help in primary and high school with it. But I mean, yeah, definitely reading aloud I'm terrible at. So if I was ever to do a speech, oh my goodness.

“Also reading books. It's like I’ll reread a page five times and get nothing out of the page, which is really annoying. But also sequencing. So storytelling, I'm terrible. Oh my God ... I get very confident and very excited about telling stories and then I'll kind of... It'll just go downhill very, very fast and there will be... it won't go anywhere."

“I went to a gig at the Kings Arms, a solid few years ago now, and I mean, I love her and her music, and mum loves her too. So I’d listened to her, but I’d never been, ‘Oh my God,’ you know. 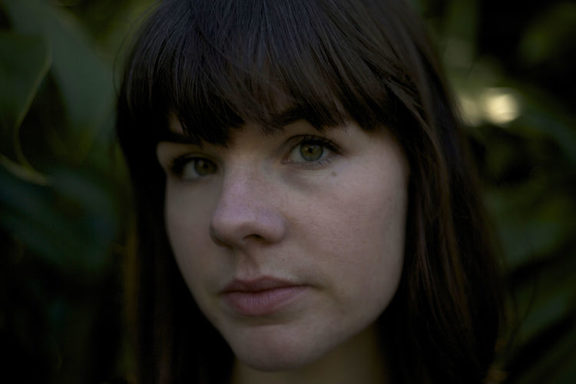 “But I went to the gig and she... As soon as she started singing, I was crying… I was in the middle of the crowd crying and I was like, ‘What is happening to me? This woman is making me so emotional,’ and I mean, I just think her voice is just so powerful and it's her lyrics as well."

Her favourite Tiny Ruins song is ‘Me At The Museum, You In The Winter Gardens’.

"This is the song for me. I think of the Winter Gardens by the [Auckland] Museum and I've been in there and thought of the song and I think it's... I don't know why, it just connects to me in this kind of weird way.

“Every time I listen to her music I think of when I cried to her music and it's... I don't know. It makes you sad, but it also makes you happy. It's quite weird. But I love when music does that to me. Yeah.”

5. She’s a fan of social media and posting photos of animals

“I think [social media] brings this whole kind of new world where you're connecting to fans on another level, which is awesome. I love sharing stupid photos and stuff. It's cool,” like photos of animals, “I see too many photos of me and the band. I'm like, ‘Okay, no, this is boring. I need to put some animals on here.’”

6. Her and her mum are best mates

Benee trusts her mum for honest songwriting advice: “If my mum says she doesn't like a part in a song [I’m writing], it's usually quite a bad part in the song. So I'm like, ‘Okay.’ 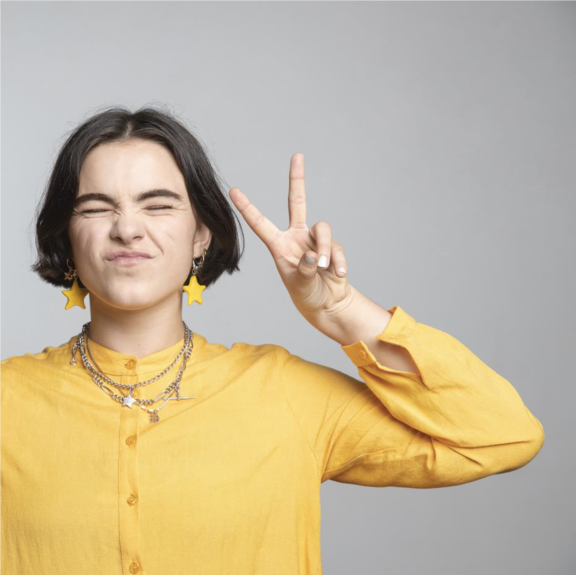 And she can’t go on tour without her: “I tried going on tour by myself recently and it just did not work at all. I was, ‘Oh my goodness, I need to take mum with me everywhere I go now.’

“She's like an emotional support human and I think I need that because... I don't know, you're doing all this stuff and it's all over the place. It's nice to have that. I get quite homesick as well when I'm away, so that's nice.”

"Mum and I are best mates and dad and I are really close too. So it's cool."

Music featured in this programme:

Tiny Ruins - Me At The Museum, You In The Winter Gardens