The past 20 years have been a time of untold riches for New Zealand music and its fans.

To celebrate we're counting down the top 21 New Zealand albums of the 21st century.

Tune in to Music 101 from midday this Saturday on RNZ National 101FM.

Ahead of the show, RNZ Music's Yadana Saw takes a look at how much has changed and how much Aotearoa's musicians have achieved in the first two decades of the 21st century. 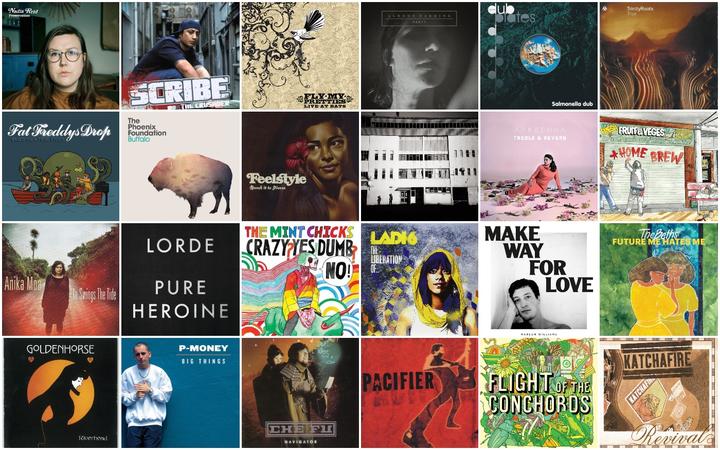 Cast your mind back to the turn of the century. Music in the early 2000s arrived mainly on CDs and cassettes. We learnt about artists and music through friends, radio, music television and magazines.

Then ripping, downloading and pirating entered the music fan's vernacular. The first-generation click-wheel iPod was the device of choice for all those gigabytes of music, as MP3 service Napster forever changed the traditional model of music consumption.

Record labels lost their monopoly on the production and distribution of music, and downloading decimated physical music sales. Next was the rise of streaming services, which took over to such an extent that Apple abandoned the biggest digital music download platform in the world: iTunes.

Now official music charts count streams as well as radio play; music television has been replaced by YouTube; music magazines largely by blogs and social media accounts; and what do you know? Serious music fans have spun back to vinyl. This year we will spend more on vinyl than on CDs for the first time since 1986.

In the past twenty years we've also witnessed local musicians reaching heights that were unattainable for previous generations of New Zealand artists.

Lorde, the teenager from Auckland's North Shore was a headline act at U.S. mega-festival Coachella in 2017. She first appeared there in 2014 after bursting onto the global pop scene with 'Royals', a precocious take on millennial ennui. Her 2013 debut, Pure Heroine, had propelled the 16-year-old, along with producer and fellow Kiwi, Joel Little, to a Grammy award and the highest echelons of global pop stardom. Most recently Little produced Taylor Swift's new material.

Flight of the Conchords made their television series debut on U.S. television network HBO in 2007. The show, based on the musical comedy act devised and performed by Jemaine Clement and Bret McKenzie, was famously passed over by New Zealand's television overlords. Across two seasons the show was nominated for ten Emmy awards. Not bad for the country's fourth most popular comedy-folk duo!

South Pacific fusion act Te Vaka brought the sounds of the Pacific to Disney’s 2016 animated feature Moana. ‘We Know The Way’ featured Te Vaka founder Opetaia Foa’i singing in his native Tokelauan language. The single ‘How Far I’ll Go’ was nominated for an Oscar and a Golden Globe for Best Original Song. The movie and soundtrack were also translated into te reo Māori and performed, with waiata Māori exponent Rob Ruha as Musical Director.

Rapper Savage scored big with his first solo track ‘Swing’ appearing in 2014 romcom Knocked Up starring Seth Rogen. 'Swing' also brought chart success on both sides of the Tasman and went platinum in the States. Savage first came to prominence as a member of hip hop crew Deceptikonz, one of the acts fostered by influential South Auckland label Dawn Raid in the early 2000s. Over the two decades, Savage has been the master of reinvention, lending his voice to massive EDM hit ‘Freaks’ and signing to dance music juggernaut Ministry of Sound.

Local acts have built great international performing careers too. Moana and The Tribe have made a career sharing te ao Māori and waiata Māori with audiences around the world. Katchafire are a regular fixture on the U.S. roots reggae circuit. Northland haka metal trio Alien Weaponry are currently taking on the international heavy metal scene with their unique blend of reo and heavy riffs.

Back home, the biggest band in the land, SIX60 pulled off the bold and daring caper of being the first local act to headline and sell-out Auckland's Western Springs Stadium, two years running.

Growing an industry that supports artists

Behind these selected stand-out moments is an industry that's maturing and – in a broad sense – striving to meet to the needs of its artists and audiences, as many initiatives introduced over this time attest. 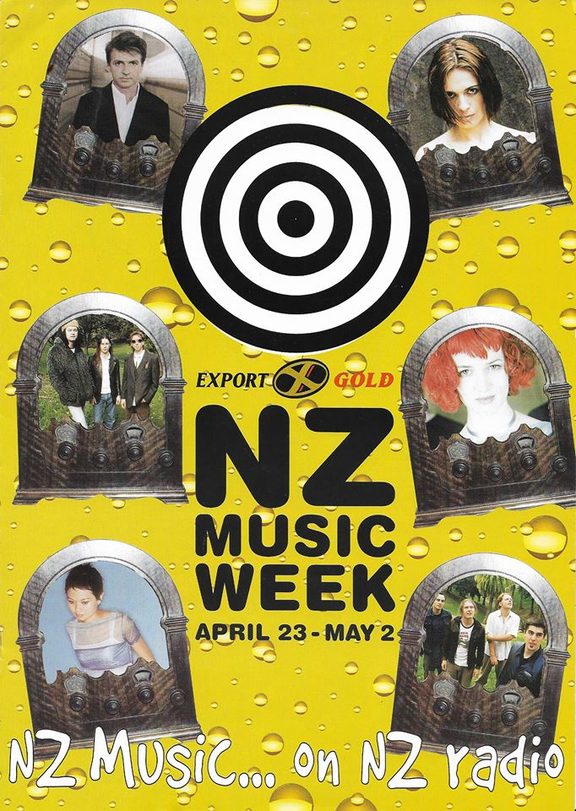 The New Zealand Music Commission was established in 2000 to promote music and support the growth of local music businesses, both culturally and economically, at home and abroad.

New Zealand Music Week expanded into the entire month of May. The New Zealand Music Hall of Fame was established in 2007. Between 2005-2012, KiwiFM was a radio station dedicated to local music output and in 2013 AudioCulture, "the noisy library of NZ music", was launched to celebrate our unique music stories.

Recent efforts to improve diversity in the sector and the launch of the Music Helps service indicate an industry that's very aware of its influence on the long-term wellbeing of the music community.

It is impossible to ignore the financial contribution of NZ On Air's music funding schemes over the past two decades. The sheer number of albums, music videos and songs produced through the various iterations of the Government-funded scheme has supported a local production industry and provided an important record of our cultural and musical evolution.

The system hasn't always been perfect, and some of the output is best left forgotten, but it would be a different landscape without this national family photo album/mixtape of sorts.

These two decades have faced challenges too. Changing tastes and a variety of external pressures (local body bylaws, real estate prices) have seen the demise of several iconic venues.

We've also seen an evolving live music environment, where vineyards and destination music venues are an established part of the scene. Festivals have come (Rhythm and Vines, Rhythm and Alps, Laneway, WOMAD, Homegrown) and gone (Big Day Out, The Gathering, A Low Hum), all contributing to the local live music experience. 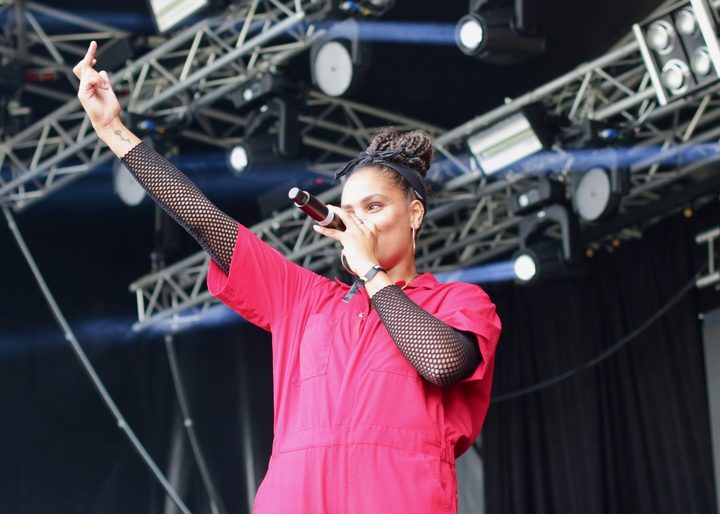 Looking forward, the changing nature of music production and consumption, as well as the larger changes to media generally, may impact what music is made, and how we listen to and watch it in ways we don't yet know.

Its a sign of progress that we've forgotten New Zealand music was once considered inferior and cringey. Or conversely, that local music was cool and thus a genre unto itself.

It shows that our attitudes – and ears, are far more wide-ranging and open to the sounds and tastes of Aotearoa's music makers. Notable examples are the explosive rise and now established place of New Zealand hip hop in our soundscape, as well as local electronic/dance acts, who've cemented themselves into the live music experience.

Over the past twenty years we've been gifted a bumper crop of memorable and beautiful albums that have found notable local and international success.

To celebrate and take stock of this period we've assembled the best New Zealand albums of the 21st Century (so far). A Top 21 of the past 20 years, ahead of 2020.

A panel of past and present RNZ Music crew and other RNZ people from all across the company ranked their top ten releases from the past two decades.

Among our panel were fans of many genres: folk, reggae, metal, pop, noise, garage, hip hop, rock, electronic, classical, jazz and every other category that our musicians released material in.

Ten points were awarded to each first choice, and one point to the tenth-placed album on each list. Over 150 albums were voted for. There was maths (2030 points across all the albums that were listed) , and a moderating panel who reviewed the longlist to determine our final 21 albums, which we'll be sharing with you this Saturday from midday on Music 101. 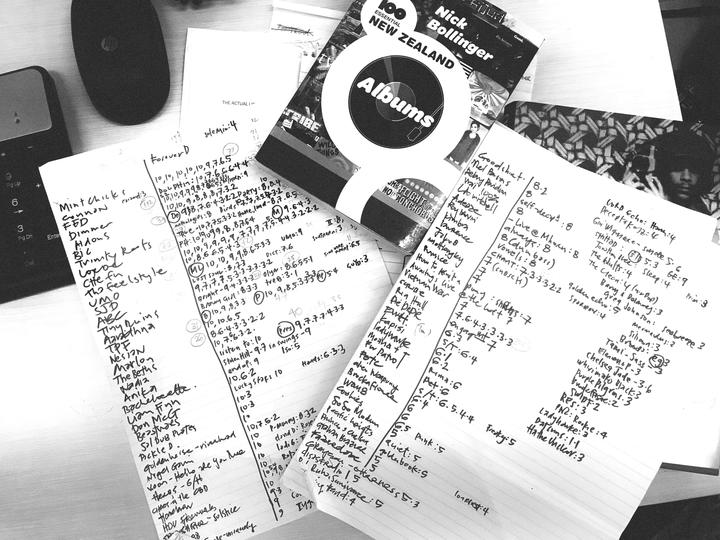