REVIEW: U2 live in Auckland 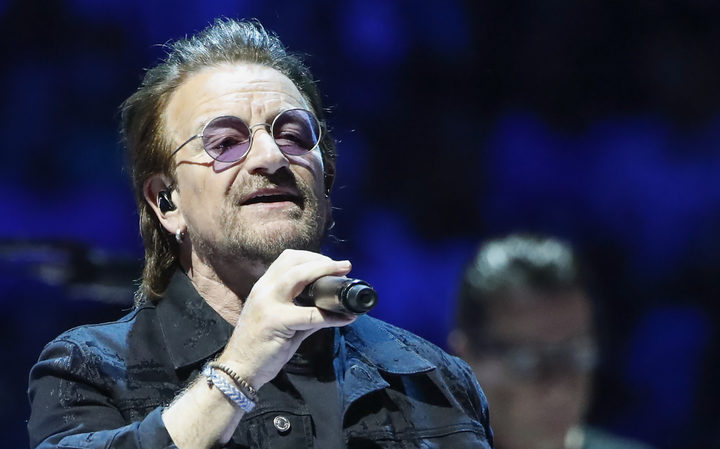 He had, for the most part, kept it in check. For the first half of last night's performance at Mt Smart Stadium, you could almost say Bono's ego had lost its edge.

Perhaps it was the occasion. U2 have jumped on the nostalgia bandwagon for their latest tour, performing in full The Joshua Tree, their Grammy-winning, chart-topping album from 1987 that turned the promising Irish rockers into arena-bothering superstars.

Delivering an entire album in the days of streaming and Spotify could be a concession that U2 view their days as rock innovators as over.

Their choice of opening act on this tour, a sprightly Noel Gallagher - compared to Kanye West and Jay Z on previous stadium jaunts here - would certainly back that thought up.

But that hit-jammed record still means a lot to fans, a fact proven by last night's show quickly selling out, with tonight's repeat gig heading that way too.

Besides, at U2's first big gig here since 2010, that album clearly meant a lot to the band as well. 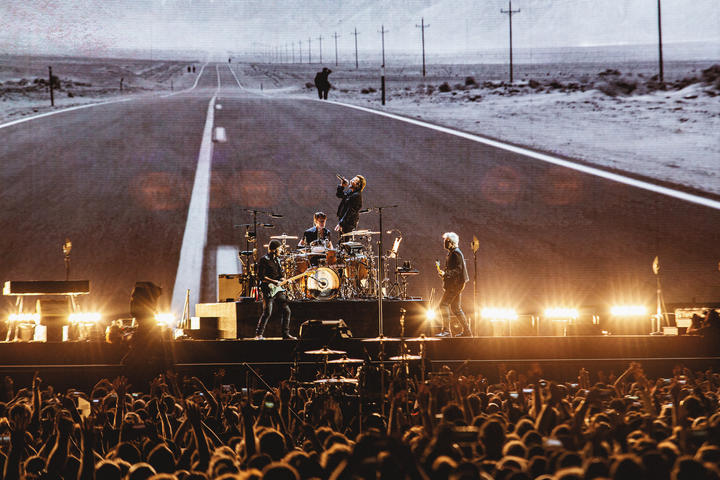 After performing a throat-clearing burst of hits on a small stage in the middle of the stadium, Bono and co delivered The Joshua Tree's ubiquitous hits with all of the bombast of a band that clearly knows exactly what it's doing with this stadium rock thing.

The fans, baying, jumping, and screaming for more, lapped it up, a crowd so passionate it felt at times like this was fan worship at the church of U2.

A big album demands big visuals, and U2 didn't disappoint on that front either. They brought with them the biggest screen ever used for a touring concert, a stadium-wide behemoth that paired intoxicating visuals by Anton Corbijn, the album's cover designer, with each song. 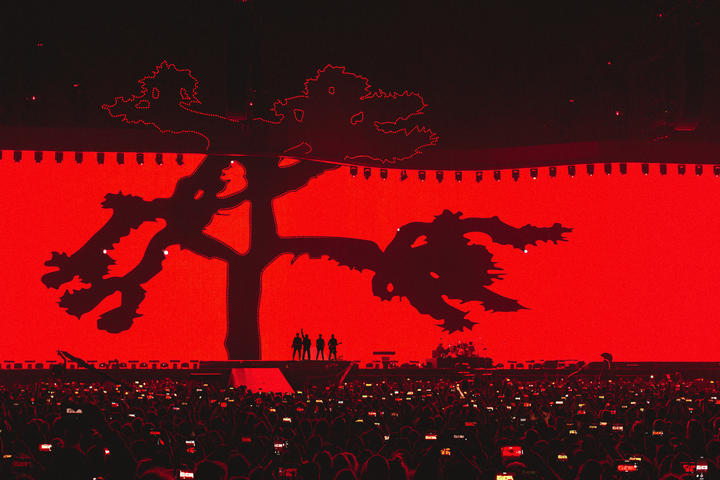 ‘Where the Streets Have No Name’ was set to a slow-mo road trip. ‘I Still Haven't Found What I'm Looking For’ came with a gloomy forest walk. More troubling was ‘Mothers of the Disappeared’, which included a row of hooded women blowing out their own candles.

The metaphors were obvious, but the imposing scale was impressive, a gigantic video wall that Donald Trump - who was mentioned several times during the night, and not in a good way - would be proud of.

When the band delivered those non-single songs ‘Bullet the Blue Sky’ and ‘Exit’ as the feisty rebel yelps they were designed to be, it suggested that this was going to be more than just another excuse for The Edge to send those epic guitar licks of his up into the corners of Mt Smart Stadium.

A heartfelt and now traditional tribute of ‘One Tree Hill’ to Greg Carroll, the band's Kiwi roadie who died in a motorbike accident in 1986, also added to the scale. It was one of several dedications, including the closer, ‘One’, to Christchurch, and ‘Ultraviolet (Light My Way)’ to Bono's charity One. 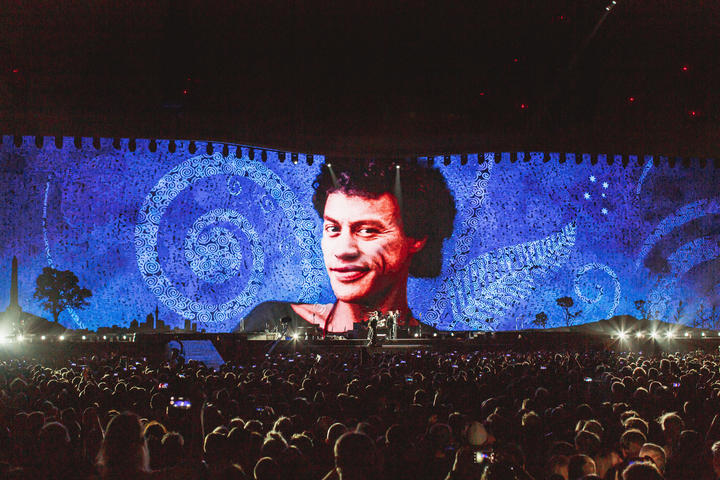 Up until the encore, Bono had been so well behaved. Yes, there'd been a few strange musings about immigration, freedom, Irish history and America's political troubles during the first half of the show.

Mostly, though, he'd kept that ego of his - the one responsible for doing things like making an entire U2 album show up unwanted in millions of iTunes libraries - well under control.

But as he emerged from the break wearing a top hat with black paint smeared above his eyes, something had clearly changed. Bono ripped through the night's biggest anthems ‘Elevation’ and ‘Vertigo’, charging down the stage's runway while doing things most 59-year-olds probably shouldn't. 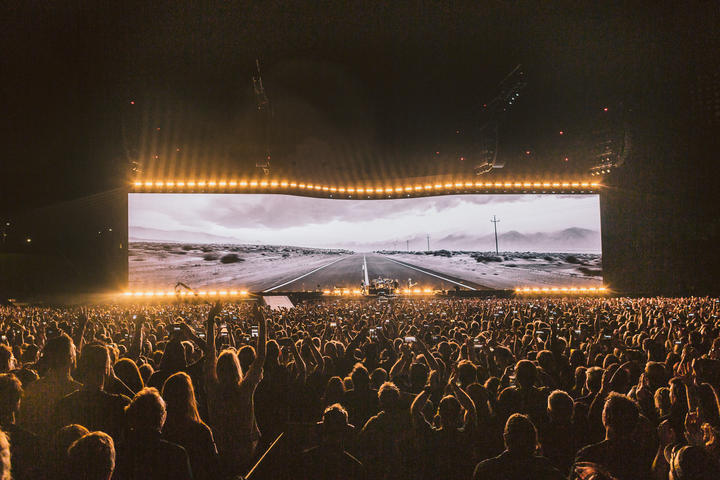 Then he paused, and, before ‘Even Better Than the Real Thing’, a wide-ranging lecture began Bono told the Kiwi crowd off for their insecurities, called himself a shaman, then declared that he'd been "diagnosed as a megalomaniac ... and it's getting worse".

It was the night's most bonkers moment, a did-that-really-just-happen couple of minutes that veered dangerously close to the kind of mockumentary territory Ricky Gervais based his entire career around.

After that, the show started to wobble. Things got corny. ‘Beautiful Day’ remains a dripping fondue of a rock song, and when followed by the preachy charity of ‘Ultraviolet (Light My Way)’ and cloying ballad ‘Love is Bigger Than Anything In Its Way’, the show ended not with a bang, but a bit of a wimper.

It was a shame, because up until that point, it had been an epic night of nostalgia. After four decades on rock's frontlines, you can't blame U2 for finally looking back.

But if this is really all that's left for them, someone might want to warn Bono to tone down the theatrics so the songs are left to shine.