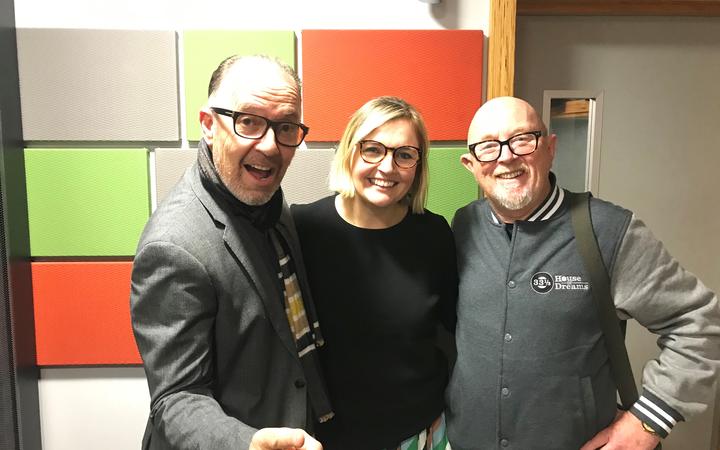 Charlotte Ryan talks to Dave Dobbyn and Peter Urlich about their old band Th' Dudes, ahead of their induction into the New Zealand Music Hall of Fame in November 2019.

"Peter Urlich was the perfect frontman: confident, good-looking, and a natural showman in any era. Bruce Hambling and Lez White were one of New Zealand’s best rhythm sections, and aptly named: Bruce’s solidity balanced Lez’s flamboyance. And guitarist/songwriters Ian Morris and Dave Dobbyn did their homework, flicking through their favourite albums: The Rolling Stones, The Beatles, Iggy Pop, Mott the Hoople, Bowie, the Velvets, Graham Parker, Elvis Costello.

They combined their influences, served an apprenticeship crafting their showmanship and songwriting, and stayed alert to the revitalising energy of punk. At countless live gigs and with unlimited studio time at Stebbing, they emulated their heroes, recreating familiar riffs and hooklines until they came up with their own classic originals. Songs such as ‘Be Mine Tonight’ and ‘Bliss’ became national anthems, and several others were almost as popular: ‘Walking in Light’, ‘Right First Time’, ‘That Look in Your Eyes’. On the albums were surprises such as the manic ‘You Got Something’, the poignant ‘Lonely Man’, and the epic ‘There You Are’.

Mocked by many at the time, the legacy of Th’ Dudes is significant. The band set a standard in original songwriting, in stage and album production, plus management that would eventually become an industry norm. It was more than just a launching pad for its stellar frontline of Peter Urlich, Ian Morris and Dave Dobbyn."