As a kid growing up in Flaxmere, Tipene assumed his destiny was being a Mongrel Mob member, but music steered him on a different course. Kirsten Johnstone finds out about the long and winding path to his debut album Tautoko. 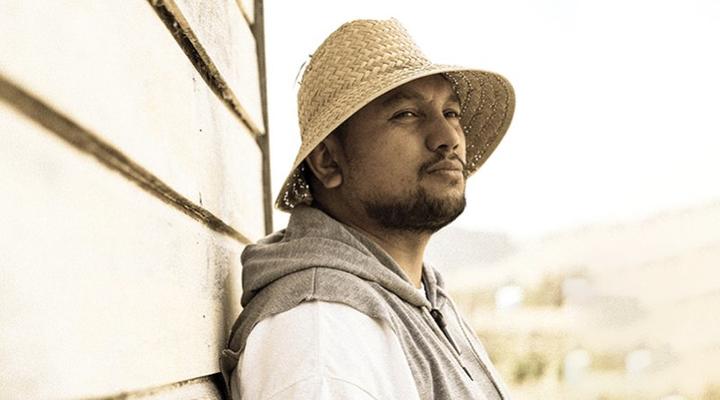 It's a statement that rapper Tipene Harmer makes a lot. It's what drew him into working with youth offenders, and before that, enabling both rangatahi and adults in his community to make music.

"If I could plant a seed and give that back to somebody else, that was that was really the driving force behind it.”

My family are pretty much all Mongrel Mob. You're in line for that, that's your destiny.

The lyrics to ‘West Side Hori’ give some idea of what his childhood was like: “I remember asking ‘where we going Mum, what's wrong with Dad?’/ ‘jus get your clothes and jump in the car’  was all she said”.

The chorus is redeeming: “It’s the place that made me strong...”  The song also name-checks some of his early musical influences, and his song ‘Tautoko’ features the majestic voice of Prince Tui Teka.

“I grew up on Prince Tui Teka and Billy T. James in our household. I saw them doing something that they clearly enjoyed, and they love, and those are a lot of good memories for me. Growing up, not a lot of them were very good. But anytime music was around, I attached to that. It was kind of a survival mechanism.”

He did kapa haka as well, at least in the early years.

"There was a big gap through my teenage years. But we come back to that because you find that this is stuff that grounds you the most.” 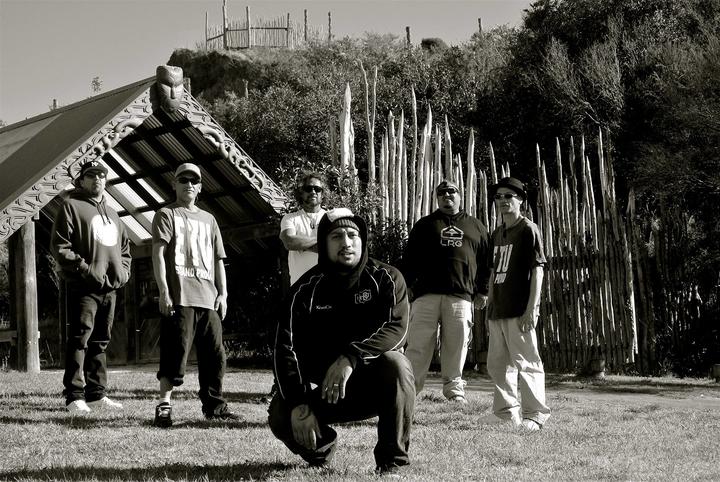 Tipene with members of Upper Hutt Posse, in the video for 'Pioneers' Photo: supplied

"I’ve got a dream to make music for a living"

Tipene connected with a lot of local hip-hop growing up. DLT (Darryl Thomson), the producer and DJ who co-wrote Chains with Che Fu and was in Upper Hutt Posse came from Hastings, but lived in Auckland. So when Tipene felt he was ready to get into the rap game people told him DLT was the guy he should get hold of. And according to Tipene, fate stepped in.

When he moved to Auckland in 2006, he ran out of petrol right outside DLT'S house, which gave Tipene the opportunity to play him some demos.

"He just sat there and he had zero expression on his face the whole way through. And I thought 'man, he hates it'. And he said 'look, I can see you're keen, and you've got a bit of skill there. But you might want to learn a bit more about the culture and go to New York'. 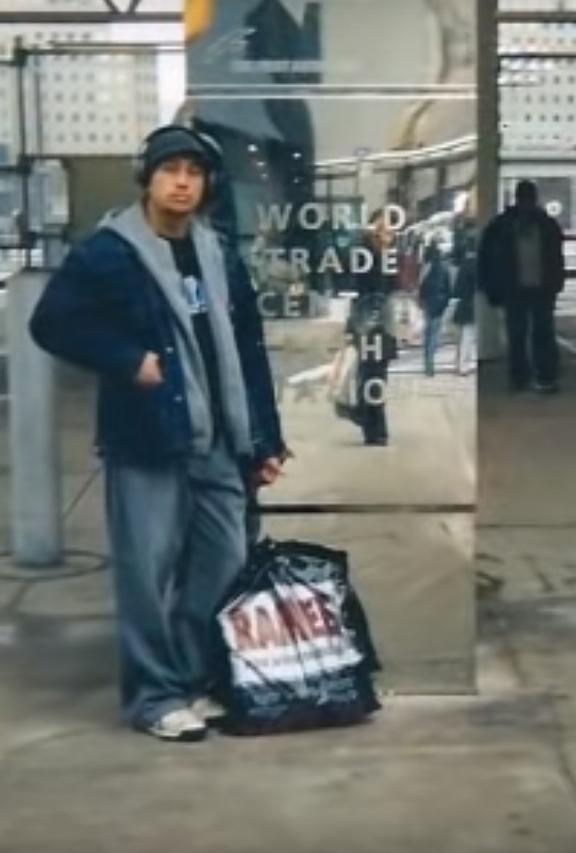 Tipene saved all the money he could from his job at the meatworks, and made it to New York, spending a month soaking up the city and culture. It made him realise that telling his own stories, in his own way, was the thing he needed to do.

“I thought 'well, I know who I am, I know my whakapapa and who I descend from'. I felt quite lucky, and it gave me a new appreciation for being Māori and being brought up in those kapa haka realms, and around the marae. When I got off the plane I couldn't wait to come home.”

He moved back to Hastings to have his first child in 2007. Many in the New Zealand music industry will tell you that you’re never gonna make it unless you move to Auckland, but Tipene wasn't buying it.

He recorded a rough, early version of Tautoko in 2011. Tautoko - meaning support - was exactly what was needed at the time.

“My mum, she got sick with cancer. And we're not very well off, our family, but we're a giant family. I've got thirteen siblings. I'm the 'go to' one. It's not because I'm the oldest or the youngest. It's just me for some reason.

Tautoko was a fundraiser for my mum's funeral.

“She was on her last legs. So I was like 'man, how am I going to do this?' And I was trying not to think illegal."

So he made some recordings, scored a show up in Auckland, and went up and sold 160 CDs.

"And that's where the [album] title originally came from. It was a fundraiser for my mum's funeral.”

“DLT was there [at the show]. And he was like, 'Hey, you're back’.  I told him 'New York was awesome' and he's like 'what? did you actually go? and then he took me a bit more serious after that, you know, and he's pretty much walked beside me the whole way and still does."

"This industry is cut-throat"

Aaron Christie from record label Woodcut - which was part of Warner Music at the time - got hold of one of the CDs and gave Tipene a call, offering to put it out properly.

Tipene made the top ten for the APRA Silver Scroll in 2012 for 'West Side Hori'. The song charted and received a lot of radio play. He scored a spot supporting Bone Thugs n Harmony - who ended up not getting through customs, so Tipene was the star of the show. He quit the meatworks to focus on music and his community work in Hastings, but he knew it was a challenging road choosing to stay in the Bay.

“I was probably the only signed artist that was not in a big city. I had no one to ask, I didn't have a studio, I didn't know anyone that knew anything about anything.”

The video for 'West Side Hori' was a community effort, with locals of all ages turning up to be filmed. One guy arrived with a huge speaker system in the back of his truck, so that Tipene could lip synch his lyrics to the song.

“You gotta understand nothing like that's happened in Flaxmere before.

"Tautoko was not an album, it's an action.

“I think the thing that's kind of come out of it lesson wise, for me, is that especially with Māori males is we find it hard to ask for help. Well, just males in general I think. They don't want to ask for help. We're going to run ourselves ragged.

"So I guess I was trying to break that. Because there's a lot of people out there that ain't asking for help, that really, really, need it, you know, and you get things like suicide and depression and violence, and you know, what leads from that, it's all ripple effects.”

“And it's okay not to know how to deal with something but they've just been brought up that way. The whole ‘harden up’ thing, eat a bit of concrete, is not what needs to happen.

“You'd be surprised who's actually out there that could help you in a way that you wouldn't even think of that wouldn't even be a big hassle for them. Because we got to do this together. We're in this together, man. Tautoko was not an album, it's an action.”

Tipene’s based in Auckland now, and has finally released the version of Tautoko he’s proudest of. It’s got some of the old songs, and a whole bunch of new ones.

He’s up for four awards at the Waiata Māori music awards on 13 September. He’s never entered before, but being tangata whenua in Hastings where the awards are usually held, he’s always helped out.

“So, I don't have to pack the tables this time around.”

Tipene says he's already won, no matter who gets the awards, and that Tautoko wouldn't have been made if it weren't for all the people who helped out. He's taking his 74-year-old father, who also appears on the album.

"If it brings anything, man, I hope that it helps people to be a bit more positive about things and, and not think that they're alone.”

The Waiata Māori Music Awards will be held on September 13